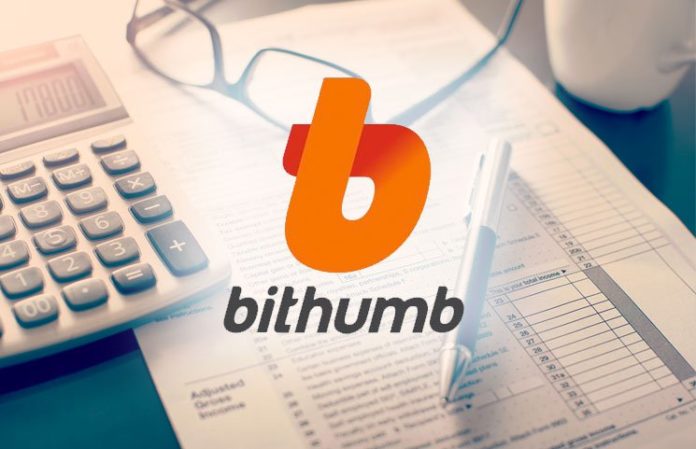 The past one week has been good for cryptocurrencies as most coins have turned green.

Many crypto enthusiasts may see this as a return of retail interest, however, as one analyst his making the case against this.

After investors saw an abnormal daily increase in trading volume on Bithumb, over the past one week, many were suspicious. Some pointed out to classic manipulation while others said it could be an odd API error.

It took one analyst to point out what exactly was going on. Alex Kruger, the Argentinian born crypto trader on Sunday through a series of tweets explained what exactly was happening prompting the $250 million fake volume Bithump was experiencing daily.

The analyst posted the below image which clearly outlines how the volume peaks at exactly 11:00 AM (KST). 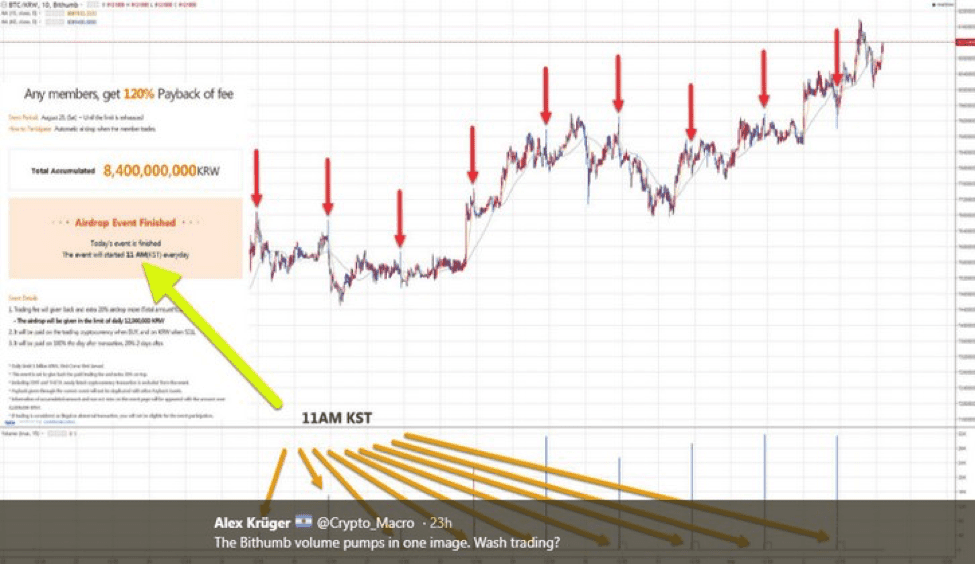 He then dived into statistics to back his claim. He starts off by mentioning Bithumb’s airdrop system which offers a 120% payback on trading fees as an airdrop. However, to get this, one has to match 1 billion Korea Won (KRW) daily limit. The system also operates on a first come, first served basis.

He adds that since the system operates on a first come, first served basis, all trades are usually happening at 11 AM.

Using the above picture, he asks people to take note of how exactly 31,000 Bitcoins were traded at exactly 11 AM. This represents KRW 278 billion and the remaining KRW 26 billion was traded for other coins.

He concludes by saying that some smart trader/s are taking $90,000 from Bithumb every day.

This kind of wash trading and manipulation paints not only the Bithumb exchange in a bad light but the rest of the crypto industry. It’s one of the reasons the SEC recently turned down proposals for a Bitcoin ETF.