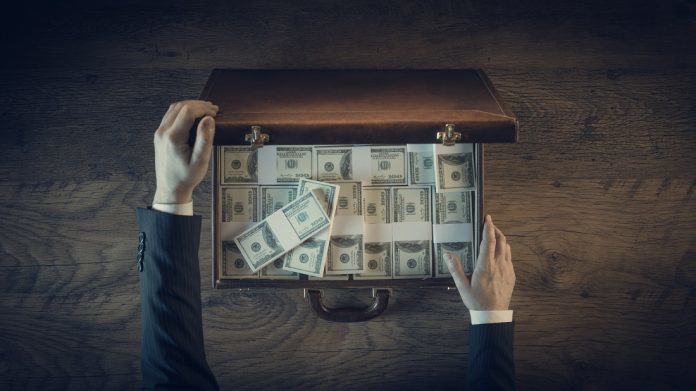 Facebook’s Libra project is getting a lot of flack. The happy-go-lucky attitude associated with this project continues to raise eyebrows. Despite some major critiques, the concept still holds merit to some. The Bank of England’s Mark Corney wants to see the US Dollar replaced. In fact, he claims the Libra – or its reserve currency aspect – is the next logical step in the evolution of finance.

Ending the US Dollar?
The world’s economy relies – for the most part – on the US Dollar. This situation has been in place for numerous decades. That also means any financial tension taking place in the US will create a global ripple effect. Something needs to be done to solve this issue once and for all. In the eyes of some, replacing the US Dollar altogether is the only viable course of action. That is, for obvious reasons, a lot easier said than done.

Mark Carney, the governor of the Bank of England, has an interesting idea. He recently claimed it would make sense to get rid of the US Dollar altogether. To find a suitable replacement, Carney suggests using a digital reserve currency. While this idea was met with sheer disbelief, the concept is not as outlandish as some may think. The financial and monetary order needs to undergo global changes. The sooner this happens, the better for everyone involved.

Some financial experts were quick to draw parallels with Facebook’s Libra. This digital currency would act as a reserve currency tied to a basket of traditional currencies. Carney never claimed he was envisioning the Libra as a likely candidate. That project has hit so many roadblocks in recent weeks, it remains unclear if it will ever be finalized. Even so, Facebook clearly targets consumers and SMEs, rather than attempt to overthrow finance as the world knows it today.

There are several reasons why such a currency makes sense. It is more suited to this digital age than any other form of payment on the market today. Secondly, this currency could be used to devalue fiat currencies on a global scale. This would give countries the same tool as how China treats its national currency these days. This latter move would also aid in eliminating global fiat debt, albeit that is merely wishful thinking at this stage.

Putting an end to the dollar-based global financial system won’t be easy. For the world economy, a reduction of US influence would certainly pose an interesting change. It is difficult to tell if things would improve, however. Things can’t get much worse than they are today, but a reserve currency wouldn’t necessarily offer much of an improvement either. It would allow for other financial powerhouses to play a bigger role of importance.

Carney firmly believes the long-term game needs to be changed pretty soon. Central bankers should not accept the status quo without asking tough questions. Continuing down this same path will lead to potentially catastrophic outcomes. Given the popularity of trade wars and financial embargoes, it is evident that the current financial system has reached its limit. One could even say it has outlived its usefulness as well.