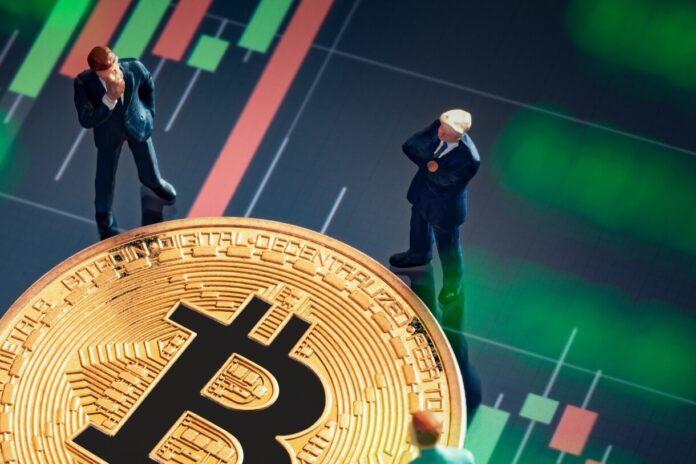 After a USD 10,000 drop in the price of bitcoin (BTC) over the course of the day yesterday, crypto traders are now trying to figure out what happened, what caused the sudden selloff, and where the market will go from here.

At 09:40 UTC on Wednesday, bitcoin, ethereum (ETH), and most altcoins were still down markedly over the past 24 hours, despite dip buyers coming to the rescue to bid up the prices of many coins from their lows yesterday. For now, the price of bitcoin remains down by 10% for the past day, trading at around USD 46,129, while ETH is also down by 10% to a price of USD 3,382.

Commenting on yesterday’s drama, the popular bitcoin on-chain analyst Willy Woo ended his summary of the day on a positive note by pointing out that exchanges are now seeing outflows again. This is normally a good on-chain signal, as investors move their coins from exchanges and to longer-term storage in their own wallets.

He added that like most crashes, yesterday’s selloff “was mainly on derivative markets,” before later pointing out that derivative markets and on-chain fundamentals are “two different systems,” and that “on-chain investor movements” is what matters over the long term.

Similarly, other analysts shared the view that the market crash was a healthy correction to flush out overleveraged traders, with trader Lightcrypto noting that the sell-off caused a “32% haircut to total derivatives open interest:”

“Buying versus forced sellers is almost always a good strategy. If [I] had to guess, dip feels more like a cleansing than a reversal,” Lightcrypto said.

In terms of how exchanges performed during the hectic trading yesterday, the picture was mixed as usual.

Coinbase, which has been criticized repeatedly for going down during volatile periods in the market, once again reported a “partial outage” yesterday, saying “some orders are failing due to high volume.”

However, according to a Reddit user who shared his experience trading yesterday in the r/CryptoCurrency subreddit, Coinbase and Coinbase Pro were both “totally offline” for more than three hours while the market was crashing.

Along with Coinbase, other US-based exchanges Kraken and Gemini also reported problems with processing trades for their clients yesterday:

Derivatives exchange BitMEX, on the other hand, reported no problems for traders.