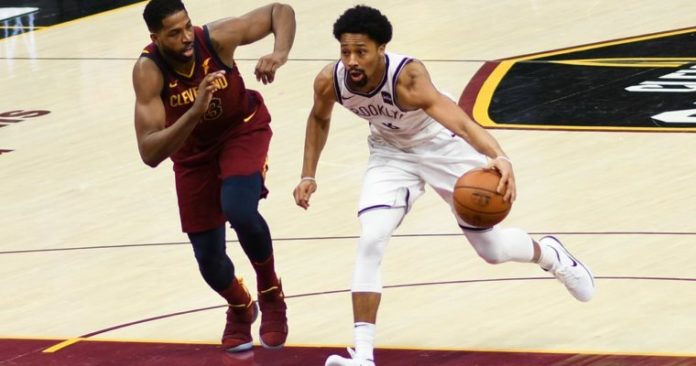 Spencer Dinwiddie is not “rich” by professional athlete standards. Currently, he makes around $1 million a year before taxes from his NBA contract. The 38th overall pick in the 2014 NBA draft at the age of 21, Dinwiddie has already played on three professional teams. Currently, he plays for the Brooklyn Nets and has a perhaps less-than-stellar scoring record. Needless to say, his career still seems to be shaping itself.

Yet Dinwiddie, like many NBA players and MLB players, is likely to make more from endorsement contracts, investments, advertising one-offs, and the like than he ever will from his franchise(s). In this respect, Dinwiddie recently joined the historical record of professional athletes who embrace cryptocurrency. Dinwiddie dove in last year when the price was climbing, and like many of us, he caught the bug. He told Bleacher Report in a recent interview that he was constantly checking the bitcoin price while others were checking their social media status.

Dinwiddie is, of course, referring to the meteoric price rise of last fall, wherein the price of a single bitcoin reached nearly $20,000.

The up-and-coming player soon exhibited all the classic signs of bitcoinitis — a condition where one catches the bitcoin gold bug and becomes contagious. He checked his phone constantly, monitored price news, and even continually tried to convince fellow NBA player Trevor Booker to join the fray with his venture capital firm’s endowment, who refused at the time because he did not trust the volatility — a feature of the bitcoin market which has attracted many of traditional finance’s bolder traders in small and big ways. He also had symptoms of the early trader, setting strict limitations on his trading behavior.

“If I knew I was going to make a trade and it would intersect with practice, I would set a super-strict sell stop.”

Of course, veteran traders in bitcoin have learned that, with the exception of insane highs where the price has risen more than 100 percent in short periods of time, buy and hold remains a strong strategy for long-term investment. Those with hands strong enough to hold just since 2015, for instance, have made many thousands of dollars in real value. Of course, active, professional traders who sold at the high last winter have since been able to re-buy their sold coins and increase their position.

While nearly all NBA players accept a licensing contract with Nike or another major shoe brand to release their namesake shoes, Dinwiddie felt that there was a better deal to be had. He found it with a company called Project Dream, which will give him 50 percent of all proceeds, a quarter of which will go to the Dinwiddie Family Foundation. Well, a bit more than a quarter — 25.08 percent, representing his college (25) and professional (08) jersey numbers. The foundation helps underprivileged kids go to college.

The shoe line is called K8IROS and will be released this season. Dinwiddie has played a major role in every aspect of the product’s development and has even extended his influence to allow for an aspect dear to his heart: bitcoiners will be able to purchase the shoes with the world’s first and most valuable cryptocurrency.