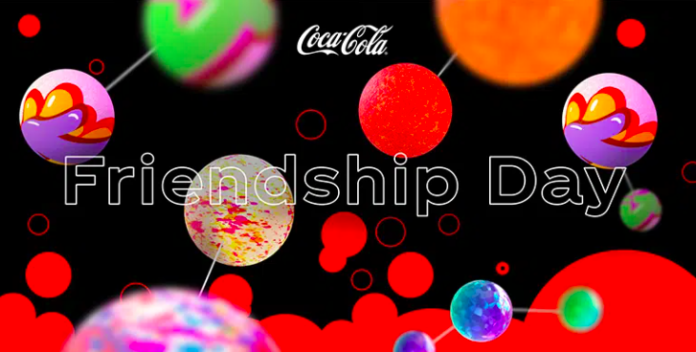 Coca-Cola NFTs are here. The company is launching a series of NFT collectibles on top of the Polygon network. According to a recent press release, Coca-Cola wants to thank fans that have been part of the brand’s journey into the Metaverse. These Coca-Cola NFTs have been released on the occasion of International Friendship Day 2022.

Polygon became the chosen network for Coca-Cola NFTs. This new and interesting NFT collection has been designed by the bubbles inside a Coke bottle, as per the official announcement. These Coca-Cola NFTs will be airdropped to Coca-Cola’s existing collectible owners on July 30.

This is a great opportunity for Coca-Cola NFTs to reach a larger number of users and expand the brand’s community around the world. The Polygon network will definitely help the company have no issues with the NFTs.

The Coca-Cola Company wrote on the press release:

“International Friendship Day—which launched our metaverse journey in 2021—is the perfect milestone opportunity to thank and celebrate the people who have joined us,” said Pratik Thakar, Head of Global Creative Strategy, Coca-Cola. “We hope to strengthen and expand our ‘Real Magic’ community by building connections through a variety of physical and virtual Coca-Cola experiences.”

It is also worth taking into consideration that there are going to be additional benefits to Coca-Cola NFTs holders. The community will also gain access to rewards and perks, such as Coke Studio-powered experiences, gaming events, and early access to product launches from the company.

Coca-Cola has also informed that this is not the last time that it will be launching NFTs on the metaverse. Indeed, the idea is to continue in the future with other collections throughout 2022 for Halloween and International Singles Day. This would offer Coca-Cola the possibility to expand in the market with limited-edition collectibles and NFTs.

The Expansion of the Metaverse

The Metaverse has been expanding over the last years around the world. There have been several online campaigns from recognized brands using NFTs and different blockchain networks.

Polygon became one of the largest blockchains thanks to the fact that it offers fast, reliable, and cheap NFT transactions for users compared to Ethereum (ETH), which has been heavily congested in recent years.

Therefore, Coca-Cola NFTs have been released on Polygon because it is easier, faster, and cheaper for users and the company to manage. Furthermore, users can send these NFTs to other people, store them, or sell them.

In the future, there will be new NFTs released by Coca-Cola and other brands in order to expand their brand in the NFT market. Polygon could be one of the favourite blockchains to release these NFTs but other networks could also be useful.