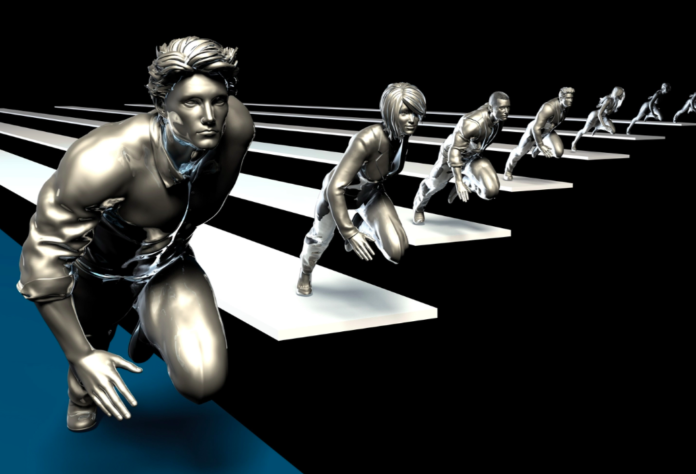 In the last two years, a Cambrian explosion of cryptocurrency exchanges has given traders a plethora of options. This cornucopia of choice has not resulted in a corresponding increase in quality, however. Most of the platforms that emerged in 2018 have struggled to gain traction, with tier one exchanges increasing their market share and the long tail leaving the also-rans to fight over the crumbs. In 2019, a new crop of crypto exchanges, including Coinsbit and Digitex, seem determined to learn from the mistakes of their predecessors. This year, differentiation is everything.

Collaboration and Differentiation Are This Year’s Exchange Trends

Two seemingly opposing trends are emerging in the crypto exchange landscape. The first of these, as recently reported, has seen crypto exchanges list one another’s native tokens in a quid pro quo arrangement. Bitfinex has added a number of rival exchange tokens, while Kucoin bit the bullet this week and listed BNB. The prospects of Binance returning the favor and listing KCS seem unlikely, though CZ was swift to congratulate Kucoin on its decision, describing it as a “very smart move” that will “attract BNB traders and holders, especially users we had not been able to service.”

While some exchanges have been cosying up to the competition, others have pulled in the opposite direction, seeking to distinguish themselves from their rivals through introducing new features and services, and deploying token models that do more than simply ape BNB. It’s taken time to germinate, but exchanges are starting to realize that mindlessly mimicking the market leaders is not a recipe for success. Cryptocurrency exchanges that are willing to innovate stand a better chance of grabbing enough market share to last the course.

Coinsbit is introducing a number of novel services that will help to distinguish the exchange from the competition. A P2P lending service will enable microfinance, with users able to lend and borrow money via the Coinsbit platform. Borrowers are not obliged to produce their credit history, and can obtain finance while maintaining their privacy. The exchange is also planning an invest box service, which remunerates users who deposit cryptocurrency in the form of interest paid on various coins.

Digitex is trying an unusual token model. The forthcoming futures exchange promises a zero-fee system subsidized by a low inflationary model in which new tokens can be minted with the approval of existing DGTX token owners. The platform’s CEO, Adam Todd, explained to news.Bitcoin.com how this model “allows us to operate sustainably without ever charging any transaction fees on any trades … allowing our traders to pursue high volume trading strategies with very low profit margins that are not viable on fee charging exchanges.” He added:

This creates highly liquid markets where the most active traders are encouraged to create liquidity instead of being penalized by commissions. On top of that, by not constantly draining liquidity from the exchange in the form of trading fees, traders on our exchange have a much higher chance of winning because that money is instead available to be won by other traders.

Other exchanges, seeking to find their niche, include Bilaxy, which, together with the likes of Bitmax, is attracting a reputation for listing new tokens first. In the last 24 hours, the two platforms succeeded in listing algorand ahead of Binance, Kucoin and Coinbase Custody. With cryptocurrency prices surging again, renewed public interest will incentivize the creation of yet more crypto exchanges. Most won’t gain enough traction to make a dent in the market. The ones that survive will demonstrate that they are capable of doing more than copying the market leaders.