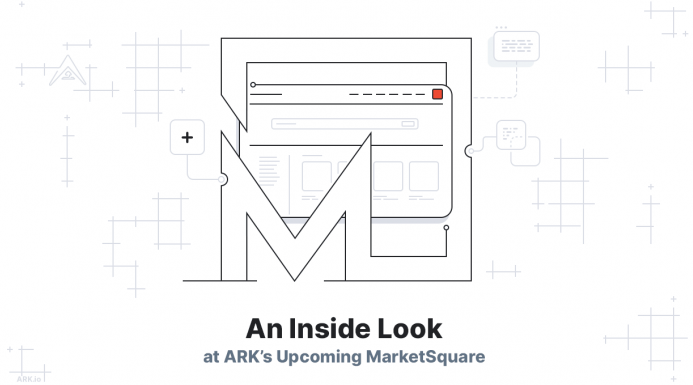 The buzzword on everyone’s lips for the last few years has been blockchain. A digital technology that notes and maintains data, with a decentralized nature that makes it extremely efficient, secure, and robust.

Built like a tank in terms of security, this technology has become an unstoppable force of nature in the space of a decade. According to one estimate, the global blockchain technology market is increasing at an average rate of 80.2% annually. The most recent figures put the market at $3 billion by the end of the year and will grow to nearly roughly $40 billion in the next five years.

MarketSquare: Keeping Track of the Decentralized

The rocketing rise of blockchain technology is also seeing thousands of applications being developed. Already, blockchain is being successfully implemented and used in a large variety of industries, from art collection to supply chain. Apart from these, mobile communications, web 3.0, legal records, entertainment, and gaming are few of the areas this technology has been tapping into.

Decentralization being the main pillar with which the technology works, it is in its DNA. So much so, that the industry has yet to find a common place to make all of the different applications and projects. Every project and work is independent and relies on its independence to seek out users. Well, until now, that is.

MarketSquare is an ambitious project by a leading blockchain ecosystem, ARK.io. This new undertaking is designed to gather all blockchain-based projects under one roof. It serves a dual purpose: making it easier for people and users to find and search for their desired blockchain applications, businesses and services, and letting the huge global blockchain development and project industry to come together and offer their services and talents, rather than spend a huge amount of time, effort and money in seeking out potential users.

MarketSquare intends to be more than just a place where users and projects can be visible and easier to discover. The team behind the project has also designed it to be able to build and nurture relationships. Each project will have a digital property on MarketSquare, with individual profiles, social links, and showcase of current projects. This gives the platform a unique perspective as, unlike other attempts of developing a blockchain marketplace, it retains the human factor in the digital world.

ARK.io has already done three different of private alpha testing of MarketSpace to get feedback on the market place and how to improve upon it. The alpha rounds have received increasingly positive reviews. The feedback from the rounds have also been used to improve MarketSquare.

Future updates to marketSquare includes addition of social interaction. This includes the ability to message between users and property owners, subscription to the properties to remain up to date of the latest developments and even a bounty program.

MarketSquare will be open for the public by the end of this year, so do not miss the chance to get on board.