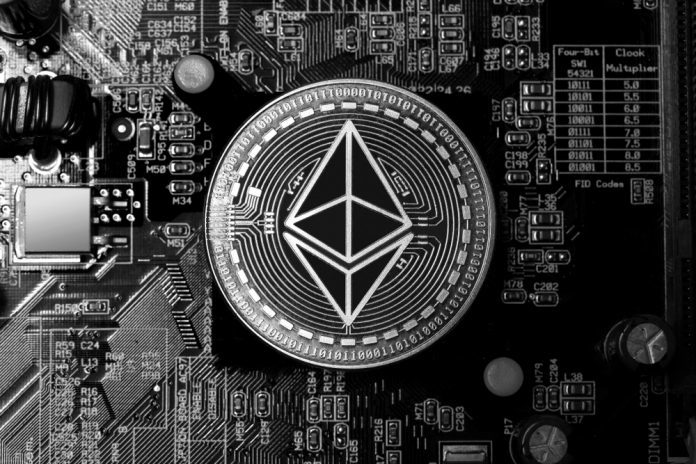 Many different aspects can hinder the growth of a cryptocurrency project. In Etheruem’s case, the concerns primarily revolve around utilizing the network capacity. Statistics provided by Etherscan confirm the network is close to reaching its limit. Surprisingly, this is not due to dApps or smart contracts. Instead, it is the use of Tether which seemingly slows the network down beyond belief.

Ethereum’s Network Capacity
Numerous statistics and charts can be associated with Ethereum and other cryptocurrencies. Most people look at the price and perhaps transaction fees. Anything beyond that is of less interest to them. That in itself is surprising, as it is pertinent to be aware of everything going on within an ecosystem. The network capacity is one of the more crucial aspects to keep an eye on moving forward. If that capacity were ever to reach its limit, things could get out of hand fairly quickly.

As far as Ethereum is concerned, things are not looking too great right now. The current network usage statistics paint a worrisome picture. Although there is still room for using more resources, the upper limit has almost been reached. This uptrend has been present since Mid-2017 and shows no signs of slowing down whatsoever. Despite some big dips along the way, it is safe to say the past year has been rather crippling for Ethereum as a network.

Who is Causing the Problem?
On the surface, Ethereum has positioned itself as a platform for developers. Interested coders are invited to write smart contracts and build dApps. While it seems development is ongoing in that regard, the current network usage might not make it feasible for much longer. The near 75% increase in network utilization since July 2017 shows there is a growing need for a solution. Solving this problem is not easy, yet it is not the dApps themselves which are causing the problem either.

The culprit, in this particular regard, is Tether. Most people know this project now issues USDT on Ethereum, as well as Tron’s blockchain. In the case of Ethereum, the USDT popularity has already taken its toll. While the project pays the highest fees-for-services-rendered of all projects, it also causes a fair amount of bloat, by the look of things. That is not something one can address in a hot minute. With roughly 40% of all USDT now running on the Ethereum chain, there is no real improvement in sight either.

The Demise of ICOs is a Good Thing

The saving grail for Ethereum is how most of the ICos have failed. In 2017, the increasing network utilization can be interpreted to the ICO hype. A lot of projects started running smart contracts, primarily to raise money. Now that over 90% of those projects are dead or about to collapse, one would expect the network utilization figures to drop off. Unfortunately, it seems unlikely that will happen anytime soon. New projects are created virtually every day to take up those valuable resources.

If these ICOs were all still operational today, a big problem would have ensued. Combined with the USDT issuance, Ethereum’s network would have been at its limit for quite some time now. While the crisis has been averted temporarily, a long-term solution will be required. It is not entirely impossible more dApps will ditch Ethereum for a network with more accessible resources. A very interesting situation worth keeping an eye on.