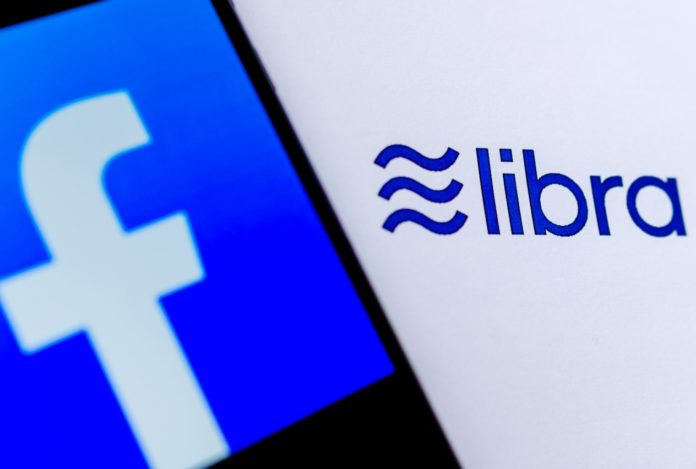 The moment Facebook released the whitepaper for its planned Libra coin, social media was flooded with claims about Zuckerberg’s new drive to take over the cryptocurrency market, with some even calling it a Bitcoin killer. However, looking at the actual details of the plan, it has little to do with cryptocurrency and is in fact more of a threat to government fiat.

Libra Wants to Be a New Global Fiat Currency, Not a Cryptocurrency

Without getting into deep technical arguments about what is a real blockchain, it is easy to see that Libra will hold little appeal to cryptocurrency purists as it is neither decentralized nor permissionless. This is plainly obvious to the people behind Libra, as the whitepaper’s writers take considerable efforts to try and obscure these two critical issues with the project.

In order to claim that its new venture is decentralized, Facebook has surrounded itself with other companies and organizations that will serve as founding members of the association governing Libra and be the network’s first validator nodes when it launches. These will be the players who get to decide how the project is run as well as who can join it later on. Imagine a politician handpicking all the members of some important committee and then saying its decisions will be totally independent. It seems to be stretching credulity.

As for being permissionless, Facebook is not even trying to hide that Libra isn’t going to be built this way. Instead, it just pays lip service to the idea and states its aspirations for a “journey toward building a permissionless system.” It only plans to begin this within five years of the public launch of the ecosystem, meaning by 2025, and offers absolutely no hint of a deadline for actually achieving such a transition. Moreover, the whitepaper lists plenty of excuses as to why a permissionless system can’t work properly, giving the impression it is setting the ground for endless delays or outright abandonment of this “journey” at some point after the project is well established.

The people that Libra is aimed to appeal to as money are those that don’t have access to mainstream financial services and who may have never heard about such concepts as decentralization or permissionless networks. People like the unbanked in Africa, Asia, the Middle East, and South America who have access to Facebook’s Messenger and Whatsapp on their cheap mobile phones but no reliable and affordable way to store their earnings digitally, send money to family abroad or take out non-predatory loans. These are the adopters envisioned in the whitepaper as well as the environment depicted in the promotional materials for Libra.

Of course, there are already many ventures aimed at tapping the potential of the vast unbanked market, as well as reasons for Facebook to branch out into offering financial services. Its operations have become the focus of intense public scrutiny recently with worries over abuses of user privacy, enabling propaganda, limiting free speech and more. If and when major changes to the way Facebook does business are forced on the company, it would be smart to have an additional revenue stream.

Zuckerberg must have looked to China and seen how the local social network Wechat leveraged its over one billion users to become an online payments behemoth in the country. If Facebook can do the same in other emerging markets, while capturing part of the profits banks and credit card companies make in developed markets with its monopoly over social networking, the move should make its CEO even more unfathomably powerful. However, Zuckerberg couldn’t just settle at that.

Libra isn’t a stablecoin as it isn’t meant to be pegged to a particular fiat currency at a fixed ratio but rather has its own value. It will be managed by a currency board-like body and backed by a reserve basket of bank deposits and short-term government securities.

Libra is also different from Wechat Pay, or for that matter Paypal, Visa and Mastercard, as it is not meant to be solely a tool for transferring money but a currency in its own right. Its officially stated aim is to be a new global currency, and one that is more attractive than current government fiat at that. Since time immemorial, minting coins was an exclusive sign of sovereignty. That’s how historians determine exactly when an empire captured a new land or when kingdoms rose and fell as the first thing they would do was create coins with the face of the new ruler on them. While cryptocurrency advocates wish to diffuse this power away from state control, Libra threatens to usurp it for itself.

The announcement triggered politicians from across the globe to react angrily to Facebook’s plan. In the U.S., the House Financial Services Committee Chairwoman Maxine Waters called for a moratorium on developing Libra until “Congress and regulators have the opportunity to examine these issues and take action,” and the Senate Banking Committee is set to hold a hearing on the subject next month. German MEP Markus Ferber warned that Facebook could become a “shadow bank” and suggested regulators be on high alert. Russian State Duma member Anatoly Aksakov stated that his government doesn’t plan to legalize Libra. French Finance Minister Bruno Le Maire took the strongest stance on the matter, saying that “It is out of question’’ that Libra will “become a sovereign currency,’’ adding that “It can’t and it must not happen.”

India has blocked Facebook’s plans for an internet service that will lock users to its services in the past and the company must know that many governments might take a similar approach to Libra in the future. However, Zuckerberg has also learned how to maneuver in the political playing field, spending millions on lobbying and hiring well connected politicians such as former British Deputy Prime Minister Nick Clegg. It has already been revealed that Facebook has been in discussions with some major central bankers and they appear to be broadly supportive of Libra from their statements. Jerome Powell, chairman of the U.S. Federal Reserve, sees “potential benefits” to the system and Bank of England Governor Mark Carney thinks Libra can have some uses.

If it is allowed to launch as planned and actually succeeds in establishing itself as a global currency, Facebook can also try to lure powerful governments to cooperate with Libra in the long run by offering them something those seeking total power long dreamed of. Such a system will enable total surveillance over the economic activity of the populace. Politicians and central bankers could get the cashless society they routinely say they want, without having the difficulties of developing such a system themselves, freely giving them access to information on all transactions in real-time.