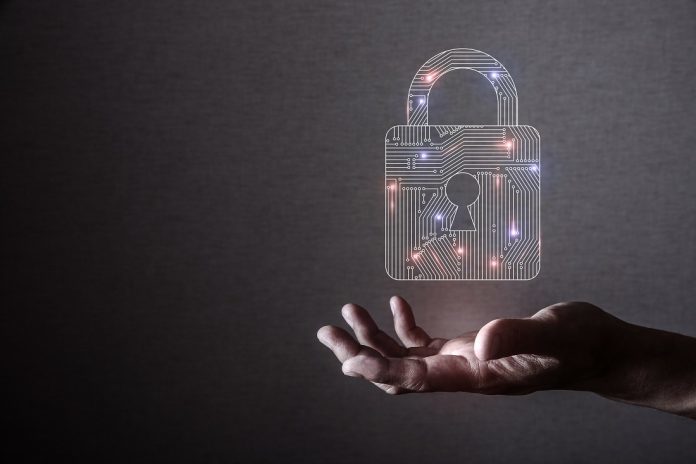 Fortunately, the timing was just right for an innovative solution.

Marvin Steinberg, a serial entrepreneur, explains that Blockchain technology, quickly became an obvious solution to the many challenges faced within the financial industry.

According to Don & Alex Tapscott, authors of Blockchain Revolution (2016), “The blockchain is an incorruptible digital ledger of economic transactions that can be programmed to record not just financial transactions but virtually everything of value.”

By allowing digital information to be distributed but not copied, blockchain technology created the backbone for a new type of internet that would allow the use of digital currencies, Bitcoin, and other innovations.

ICOs offered a new type of fundraising mechanism that made it possible to digitize access to start-up services and assets, and offer such services/assets to the market in the form of tokens.

The idea was revolutionary, and ICOs gained a lot of popularity between 2017-2018, raising over $11.4 billion with 3,000+ successful Coin offerings, mainly in US, Switzerland, Russia, and Singapore. In time, plenty of blockchain media coverage shifted to ICO news and the fundraising mechanism eventually dawned IEO lists.

However, ICOs had a few serious flaws:

They weren’t reliable and safe
They didn’t fully comply with existing regulations on securities
They didn’t protect investors enough and so many ICOs were mere scams
Because of these issues, a lot of companies realized that, although ICOs were revolutionary, they weren’t perfect. The world was in desperate need of a superior solution.

1 So What Exactly is a Security Token Offering?
2 Why STOs Are Far Superior to ICOs
3 The Key Benefits of STOs
4 How CPI Technologies is Paving the Future of STOs
5 Can an STO help you grow your business?
So What Exactly is a Security Token Offering?
Marvin Steinberg is the co-founder of CPI Technologies, a global leader in the blockchain industry, the founder of Steinberg Marketing, and the founder of Steinberg Invest. According to him, an STO is a blockchain-based financial instrument that allows you to “tokenize” various assets with the aim of raising money from investors all around the world.

Marvin Steinberg explains that STOs can tokenize any asset. Tokenized assets can be real estate, private funds, stocks, debentures, derivatives, and any other tangible or intangible asset. The important thing is that people can own a digitized part of these assets, thereby providing a company with outside investment. STOs can be seen as a “democratized,” more accessible IPO.

Unlike the previously popular ICOs (Initial Coin Offerings), Marvin Steinberg asserts, STOs are inherently much safer, ensuring the full protection of investors, while still offering unprecedented flexibility and convenience to the issuing company. Due to the novelty of security tokens, STO news hasn’t reached mainstream airways yet, nor have STO lists been overly popular.

Why STOs Are Far Superior to ICOs
“STOs have completely changed the game by fixing all the problems with ICOs, in addition to offering even more flexibility. The tremendous experience accumulated by investors during the ICO boom made everyone realize that it’s crucial to always comply with existing regulations on securities.“ Mr. Steinberg has said in an interview.

In a sense, STO technology is specifically designed to open the door to safe global investments, revolutionize capital markets, change the way conventional securities circulate, and provide businesses with a simple yet efficient tool to access the global capital market.

Marvin Steinberg explains that STOs also enable much more productive relationships between entrepreneurs and investors, thereby fixing another big problem that ICOs had: not enough protection for investors.

The ability to raise more funds in record time without the hassle & uncertainty of traditional fundraising
A cost-effective way to get instant access to a worldwide pool of investors and virtually unlimited funding opportunities (hundreds of times larger than the ICO market)
Unprecedented freedom because, in contrast to stocks, STOs are globally liquid and not anchored to any trading platform
Peace of mind and lower risk because of cutting-edge blockchain technology and comprehensive regulatory controls that make scam almost impossible
The flexibility to raise funds not only for blockchain-based projects, but also for traditional enterprises, IT companies, and even general startups
Measurable and regulated investment risk, with guaranteed respect for the rights of investors. In contrast to utility tokens, a security token (Type #2) is a full-fledged instrument investment, since it’s secured by a particular asset
Instant online access to investment markets, and the ability to become “globally liquid”, thereby not being anchored to any trading platform (unlike traditional stocks and stock markets)
Better protection for both the issuing company and the investor because of verified investor eligibility and automatically secured investor rights
How CPI Technologies is Paving the Future of STOs
Of course, benefits aside, starting a successful STO is no easy task and if you’re interested in one, it’s critical that you get help from a certified STO advisor, so you can avoid costly technical, promotional, and legal mistakes.

CPI Technologies is the first Blockchain Growth Promoter and Business Facilitator that exclusively targets STO crowdsales. In fact, one of CPI Tech’s latest STO projects is the Times Square Token, an ambitious $700M undertaking that aims to “tokenize” a part of Times Square itself with the power of the Blockchain, empowering anyone to invest in real estate (along with all its perks), regardless of their background, geographic location, or financial situation.

CPI Tech has quickly grown to a global leader in STO solutions, with strong results such as:

Marvin Steingberg explains that the first one is, unlike traditional blockchain software companies, CPI not only builds rock-solid software with great UX, but also optimizes them for profitability, producing a significant ROI for its clients within the first 3 months, but often within just a few days!

The second reason is that Marvin Steinberg only works with companies who truly want to change the world for the better, and this integrity ensures that the result will be something end-users will actually want and love.

This is also the reason why CPI Tech focuses exclusively on Security Token Offerings (STOs) instead of Initial Coin Offerings (a far riskier and easier to scam business model).

According to Marvin Steinberg, the reason for this is that:

“When I got started, I was involved in a few ICOs myself as a service provided, and it became apparent to me that most project owners abuse this system. Instead of fulfilling their promise to their investors, they often take the money and buy luxury homes, cars, and yachts for themselves with it. Worst of all, they can even get away with it because the ICO market is not regulated properly… and this fuels greed and scams. I didn’t want to be a part of this, so that’s why within CPI Tech, we only do STOs – and we do them right.”

Can an STO help you grow your business?
Marvin Steinberg and CPI Tech have developed a short STO quiz that, once completed, reveals whether starting an STO can help a company secure more funding and grow its business, without the hassle of traditional fundraising.

This simple quiz only takes 2 minutes to complete.

Marvin Steinberg explains that STOs are the future of fundraising and simple yet effective exposure tools such as this quiz will guide traditional businesses to yield the benefits blockchain technology enables for fundraisers. He asserts that tokenized assets will eventually dominate the financial sector.