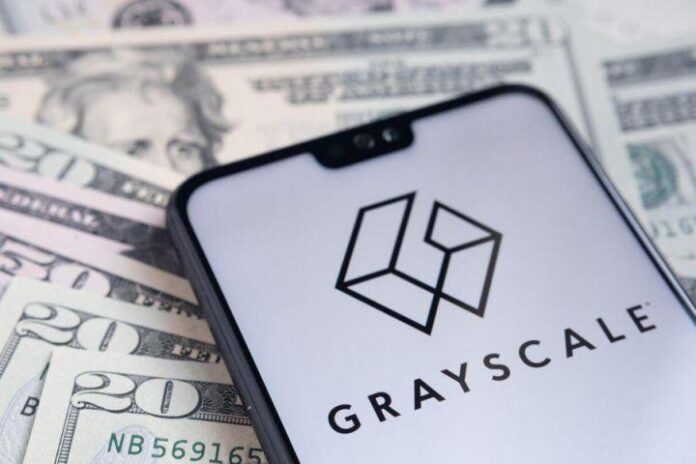 As Bitcoin (BTC) exchange-traded funds (ETFs) are gaining traction in Canada, new competitors for Grayscale emerge, the company is increasingly eyeing altcoins. (Updated at 16:17 UTC: updates throughout the entire text.)

There is no guarantee that assets named in the above list will receive a corresponding investment product, the company stressed. “The process of creating an investment product structured similarly to those Grayscale already offers requires significant review and consideration, and is subject to substantial internal controls, sufficiently secure custody arrangements, and regulatory considerations,” it said.

Any newly-created products from Grayscale will be announced separately upon launch.

Meanwhile, the world’s largest BTC fund is selling off as investors rush to the exits. Per Bloomberg data, the USD 31.6bn Grayscale Bitcoin Trust dropped 21% this week, outpacing bitcoin’s own decline (currently 12% in the last week). The trust holds over BTC 655,750 (USD 31bn).

“It’s more indicative of the fact that there are so many shares are available, and it indicates demand for bitcoin at these prices is falling off,” said Bloomberg Intelligence analyst James Seyffart.

Sonnenshein discussed the risk of GBTC’s premium disappearing at the Bloomberg Crypto Summit on Thursday, saying: “It’s certainly a risk, no question about it, but ultimately price discovery in GBTC every day is driven entirely by market forces.”

Grayscale’s trusts help investors to get exposure to cryptoassets through a more traditional investment vehicle by buying its publicly listed shares. These trusts hold the underlying cryptoasset while the value of each share of a trust is dependent on the amount of cryptoasset under management.

Meanwhile, ETF’s seem to be taking off in Canada, providing investors with more alternatives to invest in BTC. In February this year, two ETFs emerged in Canada:

Meanwhile, in the United States, eight firms have tried and failed to create a bitcoin ETF since 2013, Reuters reported, citing Todd Rosenbluth, director of ETF and mutual fund research at New York-based CFRA.

“While some expect that a Canadian ETF approval sets the stage for a near-term US one, we expect the SEC under new leadership to take their time to review some of the new filings from VanEck and others,” Rosenbluth was quoted as saying.

As for what the increasing competition may mean for Grayscale, Nate Geraci, president of the advisory firm ETF Store told Bloomberg that, though we’ve seen the launch of multiple competing products this year, “the unpleasant truth for GBTC investors is that competition erodes demand for the product, which can lead to a collapsing premium or even a discount.”