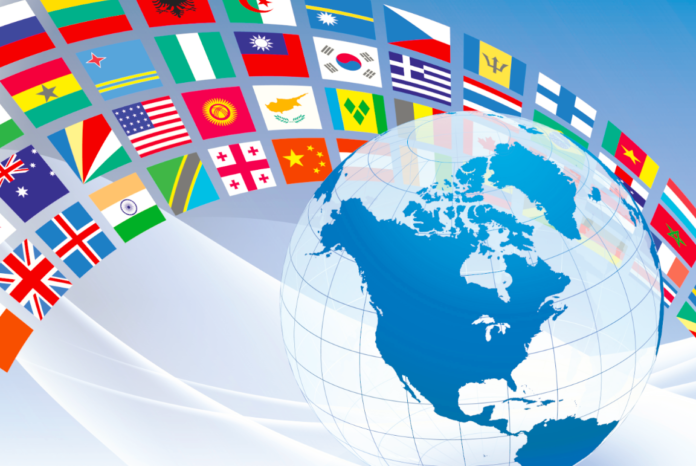 A growing number of governments have responded to Facebook’s cryptocurrency plans including China, France, India, Japan, South Korea, Russia, Singapore, Thailand, the U.K., and the U.S. Several intergovernmental organizations have also weighed in such as the European Central Bank and the Bank of International Settlements.

Facebook unveiled its plans last month for newly formed subsidiary Calibra which aims to provide financial services via the Libra network. “The first product Calibra will introduce is a digital wallet for Libra, a new global currency powered by blockchain technology. The wallet will be available in Messenger, Whatsapp and as a standalone app — and we expect to launch in 2020,” the social media giant announced. Calibra has been providing information to central banks worldwide regarding its Libra plans to create understanding and exchange information, according to Calibra CEO David Marcus.

Regarding which countries Calibra will be available in, a Facebook spokesperson told news.Bitcoin.com on July 9 that “Calibra won’t be available in U.S.-sanctioned countries or countries that ban cryptocurrencies,” elaborating:

Lawmakers in the U.S. have been actively taking initiatives in response to Facebook’s Libra announcement. During his semi-annual testimony on monetary policy before the House of Representatives Financial Services Committee on July 10, Federal Reserve Chairman Jerome Powell said:

He added, “I don’t think the project can go forward” without addressing those concerns, noting that the Fed has established a working group to follow the project and is coordinating with other central banks across the globe.

“Facebook has a couple billion-plus users, so I think you have for the first time the possibility of very broad adoption” of cryptocurrency, the Fed chair continued, emphasizing that any problems that could emerge through Libra “would arise to systemically important levels just because of the mere size of Facebook.”

Five Democratic lawmakers, including Rep. Maxine Waters, chairwoman of the House Committee on Financial Services, sent a letter to Facebook executives on July 2 “requesting an immediate moratorium on the implementation of Facebook’s proposed cryptocurrency and digital wallet,” the press release posted on the government’s website details. The announcement reads:

Because Facebook is already in the hands of over a quarter of the world’s population, it is imperative that Facebook and its partners immediately cease implementation plans until regulators and Congress have an opportunity to examine these issues and take action.

The letter continues: “During this moratorium, we intend to hold public hearings on the risks and benefits of cryptocurrency-based activities and explore legislative solutions. Failure to cease implementation before we can do so risks a new Swiss-based financial system that is too big to fail.”

The U.S. Senate Banking Committee is holding a hearing on Libra on July 16, followed by a House Financial Services Committee hearing the next day. Calibra’s Marcus is scheduled to testify before both committees. According to him, the subsidiary has applied for state money transmitter licenses and is registered with the U.S. Treasury Department’s Financial Crimes Enforcement Network.

In addition, more than 30 groups including the Consumer Federation of America, the Economic Policy Institute, and the U.S. PIRG have asked lawmakers to intervene with the project. “We call on Congress and regulators to impose a moratorium on Facebook’s Libra and related plans until the profound questions raised by the proposal are addressed,” their July 2 letter reads.

China
The People’s Bank of China (PBOC) is paying “high attention” to Libra, said Wang Xin, director of the central bank’s research bureau, South China Morning Post reported on July 8. According to the news outlet, the director warned that Libra could have a major impact on monetary policy and financial stability, elaborating:

Facebook’s plans to create its own cryptocurrency have forced China’s central bank into stepping up research into creating its own digital currency as Libra could potentially pose a challenge to Chinese cross-border payments, monetary policy and even financial sovereignty.

Mu Changchun, deputy director of the PBOC’s payments department, said that Libra “must be put under the oversight of monetary authorities,” Bloomberg reported the same day. He told the publication that, as a convertible cryptocurrency or a type of stablecoin, Libra “will not be sustainable without the support and supervision of central banks,” asserting:

In the longer term, the yuan will be damaged by Libra if it’s not convertible.

He further revealed that the central bank’s research team tested Libra’s code and found that it’s “still in an initial stage and the quality of the code isn’t stable,” and there are also questions such as whether Libra would use blockchain technology, the publication conveyed.

India
India is currently deliberating on the regulatory framework for cryptocurrency, which was drafted by an interministerial committee headed by Finance Secretary and Secretary of Economic Affairs Subhash Chandra Garg. Bloomberg reported him as saying in an interview on July 6:

Design of the Facebook currency has not been fully explained … But whatever it is, it would be a private cryptocurrency and that’s not something we have been comfortable with.

The Indian government has not announced the crypto regulation, which has led to rumors such as a draft bill to ban cryptocurrencies. Further, the central bank, the Reserve Bank of India (RBI), has prohibited regulated financial institutions from providing services to crypto businesses since September last year. The country’s supreme court is scheduled to hear a number of writ petitions against the RBI ban on July 23.

In the meantime, the Facebook spokesperson confirmed to news.Bitcoin.com on July 9:

There are no plans to offer Calibra in India.

The Monetary Authority of Singapore (MAS) published its answers to questions from Parliament regarding Libra on July 8. “It is in the early stages of development, with a number of issues to be worked out around its features, use cases, and governance arrangements,” the central bank wrote. “Like other regulators around the world, MAS will make an informed assessment of the potential benefits and risks of Libra once these details become clear.”