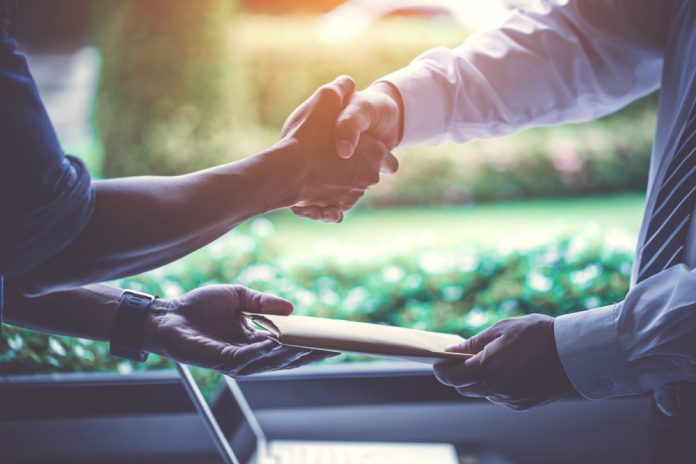 Even with global enterprises and industrial giants embracing blockchain, it’s not every day you come across a platform that is incorporating sports, movies, and blockchain technology together at the same time. This is what makes Fight to Fame revolutionary. The platform aims to create the next line of Hollywood stars by offering them an equal chance to earn their place on the movie screens, thus changing their lives forever.

Given that several challenges stand in the way of anyone who aspires to be a movie star or professional athlete, Fight to Fame hopes to offer every participant an equal and fair chance to become a superstar.

And this is where that blockchain comes in. Athletes from over 200 countries and regions can visit the website and register to participate in contests. And fans can vote using the platform’s token on matches they would like to see and who gets a chance to feature in a Hollywood movie.

How Fight To Fame Was Born
It’s no secret the likes of Chuck Norris, Sylvester Stallone, and Arnold Schwarzenegger are past their peak in terms of stunt performance; that’s why they don’t feature as much in action movies these days. Even the younger generation of stunt performers like Dwayne Johnson and Vin Diesel are still in their 50s, creating a need for fresh blood in the industry.

It’s trying to solve this problem that led to the birth of Fight to Fame. The platform aims to introduce a new set of action movie stars by taking these individuals through a series of tests and assessments to ensure they are worthy of the title.

Adopting a reality show theme, the show will single out the best performers in each batch, and the winner will get a chance to become the next Hollywood action movie star. That decision will be left on the fans to vote for using the platform’s tokens. Fight to Fame uses a business model that eradicates the possibility of cheating and fraud as the tokens are based on smart contracts.

The tokens will also allow fans to vote on the qualification of revival matches for contenders and sites for major events through fair community voting. Depending on who they choose to support, viewers will be able to propel the participant’s career by voting for them to win the competition.

The sport of engagement will be mixed martial arts where the average person can try their luck by showcasing their skills with the hopes of becoming the next big action star. The business model will also introduce fans of MMA into the world of cryptocurrencies through the platform’s tokens.

With the show expected to produce the next batch of action stars, partnerships have been struck with leading Hollywood film companies to equip these individuals with the necessary skills to perform better when they become superstars.

Partners of Fight to Fame have had a hand in producing movies such as Rambo, London Has Fallen, and Hell Boy. Also, the company’s film arm has struck a deal with Cinema Libre Studio to finance “When We Pray,” a film that will be directed by Jamie Foxx.

Fight to Fame Governance Structure
To ensure everything runs smoothly, Fight to Fame has various committees that handle multiple aspects including the film committee, which has been tasked with creating the pioneering film handbook that is based on the blockchain technology. This arm has been tasked with researching how blockchain technology will be used in film production.

Then there is the blockchain technology committee that is tasked with developing a handbook for blockchain operations i.e., profit models, intellectual property rights, and income rights, aspects that are key to the success of the entire company.

The brand derivative and merchandise committee works to ensure strong interaction and brand integration in the field of events, gaming, and film. It will partner major brands in sports, fashion, and films to establish roots and create different products for the benefit of both the organization and the viewers.

We also have the FF token global distribution committee that is tasked with the external operation to support and enhance the distribution, investment, and stable circulation of the FF token. This committee was officially created in Singapore last September and operates as a non-profit entity.

There is the strategic steering committee that functions as the highest decision-making arm. Its tasked with negotiating and solving problems within community development.

Fight to Fame Partners
Fight to Fame has a global cast of superstars who have signed partnerships to become global ambassadors of the platform.

They include the likes of Roy Jones Jr, former world boxing champion across four weight classes, and Rigan Machado, a Brazilian Jiu-Jitsu legend, both who chair the Fight to Fame BMS global event committee.

Then there is Cung Lee, Hollywood action star and the number one fighter in Vietnam who chairs the Vietnam event committee.

The fourth ambassador is Kina Malpartida, a female world boxing champion, and world supermodel. She is the chairwoman of Fight to Fame BMS Peru event committee.

There is Chris Van Heerden, who is a South African world boxing champion and chairman of the Fight to Fame South Africa event committee.

And finally, there is Prince Badi Ajamu, also known as the boxing prince and Manson Gibson, who is a former world welterweight boxing champion. Both Ajamu and Gibson chair the Fight to Fame BMS action star reality show.