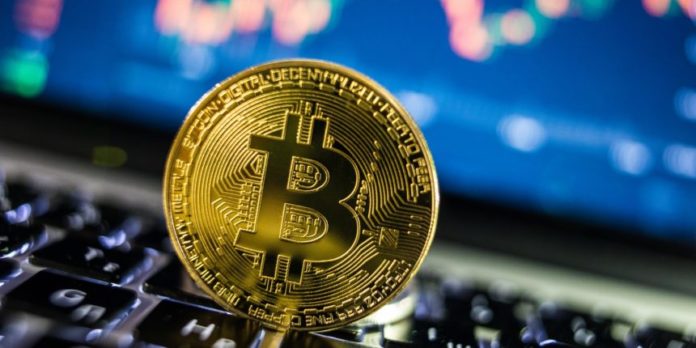 The Blockchain Trilemma, also commonly known as the Scalability Trilemma, has been one of the greatest hurdles for cryptocurrencies – that is, until recently.

Metaverse Foundation, a company that vows to keep its leading status in blockchain technology, has figured out a way to tackle this (in)famous trilemma.

With the help from KrawlCat Generalized Oracles, Metaverse launched the Dualchain Network Architecture (DNA) this May. The DNA chain dramatically improves the scalability of Metaverse blockchain while keeping it safe and decentralized, making it a breakthrough in the blockchain technology.

What is Metaverse?
Initially launched in February 2017, Metaverse is the first public blockchain launched out of China. Metaverse has established an ecosystem of digital assets, digital identities and intermediary oracles for decentralized applications.

Entropy (ETP) is Metaverse’s tokenand its utility covers an array of applications from measuring the value of digital assets, to being used as collateral in financial transactions and paying the fees of operating on the blockchain . ETP can be transferred and traded on Metaverse and will be an important factor to select future bookkeepers once Metaverse transitions to a Proof of Stake consensus protocol.

Before we move onto how Metaverse solved the Trilemma via DNA, we need to understand what the Blockchain Trilemma is and how mainstream blockchain projects have been handling it.

Similarly, the “impossible trinity” in the world of blockchain refers to the trade-offs that crypto projects must make when deciding how to optimize the underlying architecture of their own blockchain. The Trilemma involves three components: decentralization, security, and scalability. The basic difficulty is that by improving the quality of any single component, one must sacrifice some of the advantages of the other two features.

The mainstream applications of the blockchain technology – Bitcoin, EOS, Hyperledger – have all been facing certain technical limitation due to the Trilemma and so far none of them has come up with a perfect way to overcome the technical difficulties.

Let’s look at how these blockchain projects handle the Trilemma and what are the elemental attributes of these projects.

Bitcoin: Secure and decentralized, yet unbearably slow
Bitcoin is perhaps the most well-known blockchain project in the market. Since its beginning, Bitcoin has decided to optimize security and decentralization. Bitcoin is considered as the safest blockchain in the crypto sector because of its high hashrates. Its decentralized protocol requires validators to solve difficult hash puzzles.

However, every coin has two sides. Not only does the mining of Bitcoin costs a vast amount of energy but it also compromises on performance and speed. Bitcoin can only handle seven transactions per second. This is becoming increasingly problematic as use-cases of Bitcoin require high throughput globally.

Ethereum: A compromise on security
Several projects take on the scalability aspect head-on without compromising on centralization. Ethereum does so via on-chain scaling which includes sharding. It breaks up the blockchain into sub-networks. While it preserves decentralization, the multi-chain system lowers the hashrate and therefore it is considered less secure.

EOS: Secure and scalable, but lacks decentralization
Hyperledger is a private blockchain. In order to participate in the network, it expects the permission of a central authority. EOS is a typical representation of this technology. It focuses on providing a more scalable alternative using a method called “delegated proof of stake”.

This is clearly a more centralized approach, handing control to about much fewer validators who are voted in by the community. It is easy to see how such approach enables EOS to be scalable, though it is not really decentralized any more.

What is so unique about the Metaverse DNA solution?
None of these options have appeared to be effective ways to solve the Blockchain Trilemma. This is because all of them are thinking about the Trilemma on one single layer. Yet, at the end of the day, doing so is repeating the problem rather than solving it.

The key to solving the Trilemma lies in consensus mechanism. Simply put, they are protocols that make sure all nodes are synchronised with each other and agree on which transactions are legitimate and are added to the blockchain.

To this end, Metaverse has developed a dual-chain architect: the Dualchain Network Architecture. DNA is a new and much faster blockchain parallel to the existing Metaverse chain, thatuses Delegated Proof-of-Stake as its consensus algorithm.

How does KrawlCat Facilitate Metaverse DNA?
Many like The Economist’s definition of blockchain, that it is essentially a “trust machine”. In reality, however, most blockchain projects are in an awkward situation when landing because it lacks a fundamental structure for data flows.

KrawlCat is the first hardware Blockchain Oracle. By deploying a network of distributed computers around the world, KrawlCat has created a decentralized bridge to provide these blockchain projects with off-chain data.

In the case of the Metaverse blockchain project, KrawlCat serves as the bridge between Metaverse’s dual chains. KrawlCat improves the interoperability of Metaverse’s ETP, allowing the public chain and private chain to intertwine with each other.

Recent years have seen an increasing attention on blockchain technology among investors, government actors, and people in countries where the value of the official currency is unstable. There are a number of proposed solutions to the Trilemma; however, most of the solutions have decided to sacrifice one of the three components. Metaverse DNA has tackled what was considered irresolvable, helping the blockchain technology advance towards a large-scale commercialization.