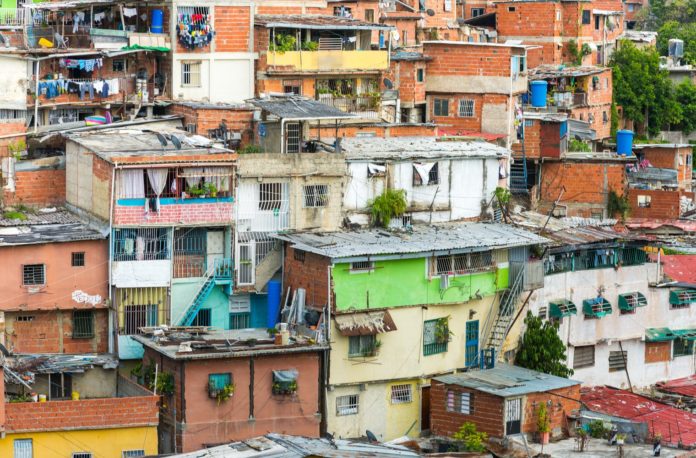 Venezuela is being crushed by staggering hyperinflation as a sharply divisive political crisis has the economy in ruins. Some are seeking refuge in alternatives to the national currency, like foreign fiat and crypto. The situation also calls into question the long-term trajectories of other, less volatile economies. National banks globally have been consistently struggling to balance fiat value against interest rate policy now for decades.

Hyperinflation in Venezuela has been projected by the IMF to reach 10,000,000% some time this year. The Venezuelan AN (Finance Committee of the National Assembly) puts the final inflation rate for 2018 at 1,698,488.2%. According to recent statistics, that number has since fallen below 1,000,000%, but the reasons for this are unclear, and the numbers are being called into question.

While data from different government agencies and economic research groups vary, what is agreed upon is that the Venezuelan bolivar (VEF) has been rendered almost worthless. With the divided Venezuelan government in shambles, an economic crisis has emerged where consistent and reliable data is not easy to come by. And more importantly, where basic survival has become a challenge for large numbers of individuals living in the country.

While the BCV report presents a somewhat positive outlook, others disagree. According to venezuelanalysis.com, the situation is not bright or favorable at all:

The reported statistics thus might be simply a reflection of a drastically shrivelled GDP, and cherry-picking research methods. At street level, the Venezuelan bolivar is virtually lifeless, and the government has already had to issue bills of strikingly large denominations to keep up.

People are frequently paying for goods with black market USD, purchased illegally due to high demand and strong restrictions placed on official market channels. To get an idea of just how staggering the numbers are, a video by Youtube channel Livelydata (based on IMF statistics) provides an eye-opening comparative analysis.

Inflation in Other Countries

Venezuela currently leads the world in national inflation, but this doesn’t mean that other countries remain unaffected by global trends. While the top 10 countries hit hardest by hyperinflation include Venezuela, Zimbabwe, Sudan, Argentina, Iran, South Sudan, Liberia, Yemen, Angola and Turkey, the worldwide trend is one of declining purchasing power as well.

In Sweden—ranking only 102nd globally for inflation—the value of the krona (SEK) dropped to a 17-year low in April, arguably due to the Riksbank (Sweden’s central bank) delaying interest rate hikes. While some isolated indicators and speculation point to upcoming signs of strength based on Riksbank interest rate policy and the manufacturing sector, the macroeconomic trends remain questionable.

In the U.S., ranking just six spots above Sweden on the IMF chart, the dollar does not seem to be faring much better. According to London-based research group Emerging Europe, the June 19 tumble of the USD below the 97 handle was a result of the Federal Reserve’s dovish policy to maintain current interest rates. The argument being that many global and emergent markets were hoping for a shot in the arm via slashed prices. It noted:

Compared to other countries, Venezuela’s inflation crisis may seem incomparably dire. The exponential rate of economic downturn dwarfs analogous statistics of other economies. Analyzing trends in currency devaluation in Sweden and the U.S., however, results in consistent devaluation data as well, just at a much, much slower rate.

According to research by Deutsche Bank, the inflationary decline of value globally (via a median global rate) stretches back for centuries. It has compounded in the 20th century by a large-scale departure from commodities and metals-based systems, in favor of increasingly credit and debt-based models. Jim Reid (of the same group) writes: