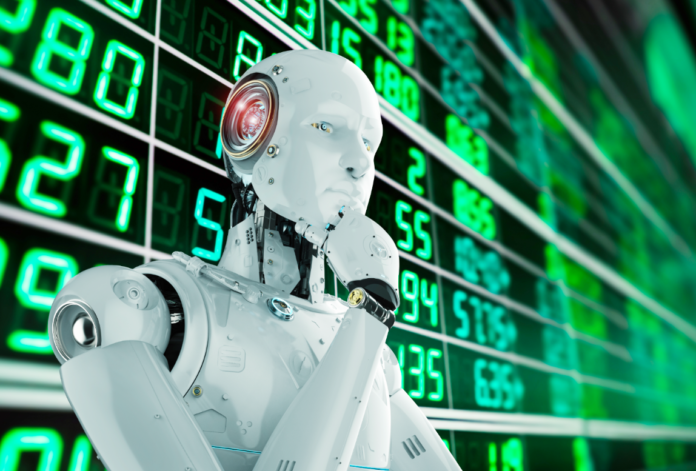 An Indian startup has launched a marketplace for algorithmic trading strategies. Investors can choose a strategy based on factors such as past performance, cryptocurrencies invested, and time frames. The platform also offers a drag-and-drop tool for traders to build their own strategies without writing code. News.Bitcoin.com talked to the company’s CEO to find out more about the platform.

Mudrex, an Indian startup which provides tools and resources for traders to build algorithmic trading strategies without writing code, launched a marketplace for trading strategies Wednesday. The marketplace can be accessed through the Mudrex website as well as on Product Hunt. Noting that “Cryptocurrency markets are highly volatile,” CEO Rohit Goyal explained to news.Bitcoin.com that his platform aims “to help people invest in crypto algorithmically and safeguard them from this volatility.” He elaborated:

Based in the U.S. and India, the Y Combinator-backed startup with offices in Mountain View and Bangalore launched its main platform on Feb. 1 after being in closed beta from November last year. While the team initially wanted to launch a fiat-to-crypto exchange in India, the CEO said that is no longer the plan. “Instead we are in talks with multiple exchanges for an official partnership to work closely with them,” he shared. Currently, the startup has partnered with two exchanges: Bitmex and Binance.

Further, India’s central bank, the Reserve Bank of India (RBI), banned financial institutions from providing services to crypto exchanges in its circular issued in April last year. A number of industry participants have filed writ petitions seeking the ban to be lifted. The country’s supreme court is set to hear the case on July 23. The court is also expected to hear about the regulatory framework for cryptocurrency from the government.

Mudrex provides a drag-and-drop tool for traders to create and iterate trading strategies which they can test and deploy for themselves. The platform offers over 140 prebuilt indicators and patterns for traders to use with three available markets: two on Binance and one on Bitmex. The Binance BTC markets offer 89 trading pairs while the Binance USDT markets offer 16 trading pairs. The XBT USD perpetual contract on Bitmex is also available.

“Once the strategies look good they [users] can put them on paper trading to see the live simulation and once satisfied, connect their exchange API keys to start trading with real money,” the CEO detailed, noting that the platform has already facilitated $3 million worth of cryptocurrency trades.

Users do not have to subscribe to use any of the platform’s tools, Goyal confirmed. However, he noted that “Starting August there will be a different subscription model including a free tier for traders who want to build strategies to use platform resources.”

While any user can submit their trading strategies to be listed in the marketplace, every strategy has to go through a rigorous review process before the listing is approved. Goyal clarified, “The strategies submitted by traders [are] usually approved/rejected within 24 hours of their submission,” elaborating:

Any users can run backtests on any strategies listed in the marketplace and choose the best performing one based on factors such as market conditions, cryptocurrencies invested, and time frames.

“We now have 2,500 traders on board and a very highly engaged community of 500 traders to discuss trading ideas and help each other in building better strategies,” the CEO shared with news.Bitcoin.com, noting that “300 traders have been signing up every month so far.” He further revealed that, initially, the majority of his platform’s users were from India but over time more international users have signed up. He added that currently 27% of all users are from the U.S., 22% from India, 18% from Europe, and 10% from New Zealand and Australia.

What do you think of Mudrex’s tools and marketplace? Let us know in the comments section below.