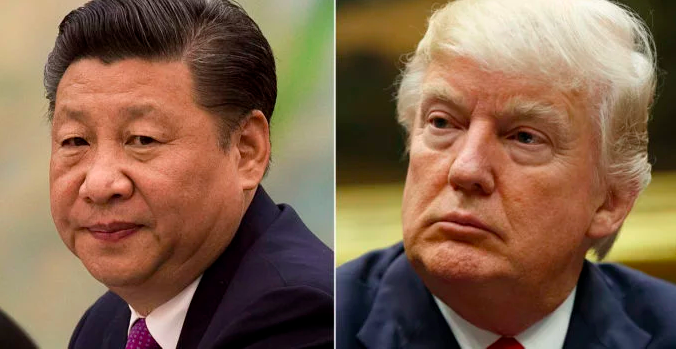 U.S. President Donald Trump has already laid out all the fundamental catalysts for a potential Dow run: the Federal Reserve is not pondering a rate hike, jobs growth is strengthening at a rapid rate, and consumer confidence is on the rise.

DOW HITS 6-MONTH HIGH AS TRUMP LAYS GROUNDWORK FOR DOW RALLY
Every imaginable fundamental stimulus has been established to fuel the U.S. stock market, and so far, it has been working.

For the first time since October 2018, the Dow has surpassed the 26,400-point mark with a decent 0.13 percent gain on the day, primarily due to the reluctance of the Federal Reserve to increase its benchmark interest rate fearing a global economic slowdown.

With President Trump confirming that the U.S.-China trade deal is closer than before and is reportedly reaching its final phase, a comprehensive trade deal by the second quarter of 2019 could serve as a major catalyst for the medium-term growth of the Dow.

U.S.-CHINA TRADE DEAL CLOSER THAN EVER, WHEN WILL DOW REACT?
It is relatively safe to argue that the progress of the trade deal is mostly priced into the U.S. stock market and that the recent performance of the Dow Jones was a result of the Fed and impressive jobs growth.

Former Congressional Budget Office director Douglas Holtz-Eakin said that the unexpectedly high jobs growth of the U.S. should eliminate fears of an economic slowdown in 2019, at least in the U.S.

The concerns of strategists toward the recent Dow run were that while the market has evidently seen an increase in momentum, there lack potential stimuli that could keep the stock market afloat in the coming months.

“We’re not anticipating that we’re going to see a big enough earnings surprise to boost stock prices much higher than they are now.”

But, with the trade deal nearing a conclusion and various fundamental indicators demonstrating a positive medium-term trend for the U.S. stock market, the Dow is generally expected to sustain its momentum throughout 2019.

The roadblocks the negotiators of both the U.S. and China are facing mostly pertain to two major components: industrial policy changes requested by the U.S. and China’s willingness to enforce a new trade deal, if established, as quickly as possible.

China wants the U.S. to drop all tariffs and adhere to the deal as soon as it is achieved while the U.S. wants to be more patient in the enforcement process.

The U.S. is also pushing strongly on the protection of intellectual properties of U.S. companies in China, most of which are related to technology companies operating overseas.

“We’re certainly making more progress than we would have thought when we started,” Lighthizer said.

With China seeing a decline in its domestic market and President Trump preparing for his 2020 election, both parties are likely pushing for a deal in the near-term, which may be the last remaining puzzle piece for a proper Dow jump toward 27,000.