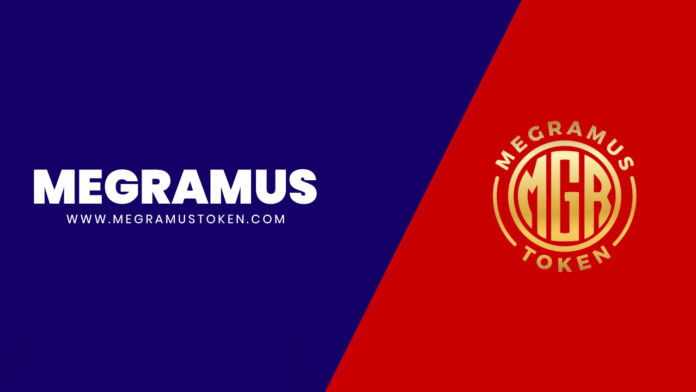 A new age of innovation in the cryptocurrency market will begin in 2022, when Megramus will be launched. This pioneering initiative brings a great deal of diversity and cutting-edge technology to the scene.  In light of the many case applications, new technology, and durability of Megramus its emergence is considered a watershed moment in the growth of the crypto-token market. Given that it has no geographical boundaries, everyone on the planet has an equal chance to benefit from it.   In addition to being borderless, Megramus is also safe and speedy since it is built on blockchain technology.

Paving the way for a better world with Megramus

Megramus pertains to a solid commitment to the greater well-being of our society, bringing tangible contributions where it is needed. In perspective, the most significant advantage for users is that they can assist pupils via the platform. Overall, a marginal percentage of the earnings will be used to cover school expenses for students from developing nations to continue their studies. This wonderful cause will raise awareness among other individuals, encouraging them to contribute to it as well. In essence, Megramus sets the basis for a more equitable and better world for everyone, no matter where they were born or live.

Features of the Megramus Ecosystem

There are already a plethora of applications for blockchain technology, including data storage, payment facilitation, and fund-raising. Cryptocurrencies have also been shown to be a useful tool in daily life. Specific application areas are growing and being investigated as the bitcoin ecosystem improves. Digital currency is used in a wide range of disciplines and industries. Moving forward, an abundance of potential awaits users of the system. First of all, the native token may be sold and purchased for various endeavours. This new approach will allow for faster, more secure, and better transactions when it comes to trading and merchandising in the cryptocurrency realm. Aside from that, as an incentive for staking, token holders will get a 2 % redistribution of the tokens from each transaction.

Leveraging the Power of the Ethereum Chain

Megramus is built on top of the Ethereum chain, which provides a plethora of benefits in contrast to its alternative. Ehereum offers a development interface that significantly lowers programming time and enables rapid project launch. Additionally, the Ethereum developer community has developed significantly since the platform’s inception. After all, Ethereum continues to benefit from tremendous network effects due to the worldwide coalition of developers devoted to maintaining the network and actively providing user services that encourage adoption. Besides that, the ability to monetize dApp initiatives appropriately incentivizes others to join the Ethereum ecosystem.

In recent years, economic activity has shifted from conventional to digital. At the moment, cryptocurrency has a market value of over two trillion dollars. This illustrates that people want to improve the economy via digital technologies. Overall, Megramus encapsulates these various benefits brought by the novel blockchains innovations.

Crypto and DeFi enthusiasts will benefit from Megramus’ secure, inclusive, creative, and transparent staking and humanity services. Megramus makes it possible for customers to participate in the cryptocurrency market simply and easily. Megramus is a completely integrated, decentralized, and cost-effective token staking platform.

Due to DeFi’s open architecture, it is effectively permissionless and hence more amenable to third-party integrations. Another advantage of DeFi is that everything is more transparent due to the usage of blockchain. This might aid in enhancing due diligence and reducing financial frauds and unethical business activities. Since it provides more transparency in transactions, cryptocurrency has won greater confidence from its users than conventional transaction methods have so far earned. Trust is critical in the blockchain sector, since complete transparency is required in all aspects of community and development activities and security efforts.

Megramus is among the first community-driven meme tokens that flawlessly blends the principles behind cryptocurrency and blockchain, resulting in advantages for all parties involved. Megramus was founded with a single purpose: to give the world the greatest decentralized technology possible while also growing bitcoin use and having an equal influence on mankind.

Megramus contains complex features such as a liquidity pool and automated and manual burns, and static reflections for all holders to achieve its ambitious objectives. Megramus is building a decentralized platform as an alternative to the traditional centralized platform. This platform is being developed to ease the rapid trading of ERC-20 tokens while simultaneously providing traders with total custody of their tokens.

Moreover, the choice to burn tokens is made by the coin’s development team of experts, who act on the strategy of delivering cryptocurrency tokens to a wallet that does not have an access key. These tokens are inaccessible to anybody without a secret key, and they are lost permanently if the key is not provided. We aim to burn a fixed percentage of our token supply to protect our platform against sharks and whales.

This project has the intention to provide a platform for participants to generate passive income. With the revolutionizing crypto market, there is also a benefit for our users who have staked their Megramus. Hence, a percentage of each sale will be placed into a wallet, providing incentives to wallet holders. The more you retain, the more you get.

Every transaction contributes to the auto-generation of liquidity, which is then distributed to different liquidity pools utilized by exchanges. If the token creators can unlock liquidity, they will be able to participate in the fabled “rug pull.” Megramus provides its customers with a liquidity-locked mechanism by securing a fixed percentage of the available supply. Liquidity is locked by giving liquidity pool (LP) tokens to a time-lock smart contract and surrendering ownership for a certain period.

In addition, developers will not recoup cash from the liquidity pool unless they hold LP tokens. This provides investors with the certainty that the token creators will not abscond with the liquidity monies. In the industry, it is now normal practice for all token makers to use this method to differentiate between a phoney currency and a legal currency.

The Path Forward is Set Up by Megramus

Many advantages will arise for those willing to embark on the blockchain journey with Megramus such as Bounty programs and Airdrops. The launch will occur on the 31st January 2022, unlocking the potential of Megramus to the entire world! To be a part of this transformation, it is imperative to comprehend how one might purchase the token: 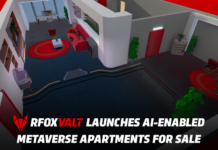