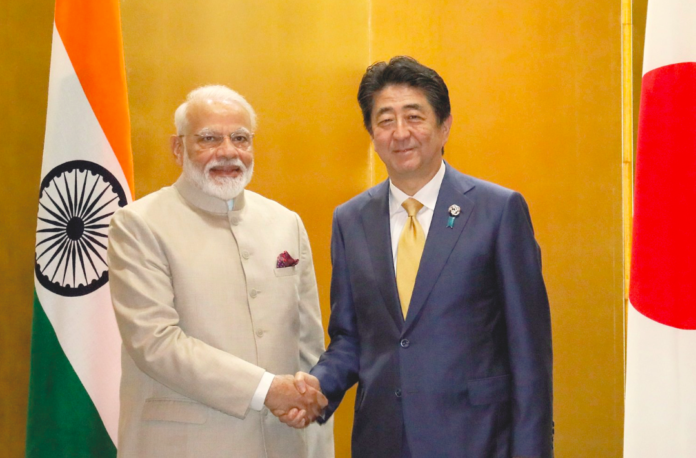 India’s Prime Minister Narendra Modi participated in discussions on crypto assets at the G20 leaders’ summit in Osaka, Japan. At the conclusion of the summit, the leaders of the G20 countries jointly declared their commitment to applying the crypto standards set by the Financial Action Task Force. India’s new finance minister, Nirmala Sitharaman, also joined other G20 finance ministers to declare the same commitment.

India’s sherpa to the G20, Suresh Prabhu, detailed this week various discussions Modi participated in at the two-day G20 leaders’ summit which took place on June 28 and 29 in Osaka, Japan. India will be the host country for the G20 summit in 2022.

“As you know India was looking forward to G20 for many perspectives,” Prabhu began. “Prime Minister Narendra Modi who led India’s delegation raised many issues of global concern as well as highlighted the role of India’s new innovation into making change in a manner that benefits all.”

According to Prabhu, the topic of implementing crypto standards was discussed by the G20 leaders at the summit. “In economy, finance will be an important issue. Therefore issues related to global finance … whether it is related to technological innovation which can deliver benefits in financial markets or whether it is related to the commitment in applying recently amended FATF [Financial Action Task Force] standards for virtual assets, all these issues were also discussed,” he confirmed.

G20 Leaders and Finance Ministers Separately Committed to FATF Standards
At the conclusion of the summit, the leaders of the G20 nations, including India, jointly issued a declaration which includes statements on crypto assets. They declared:

We, the leaders of the G20, met in Osaka, Japan on 28-29 June 2019 to make united efforts to address major global economic challenges … We reaffirm our commitment to applying the recently amended FATF standards to virtual assets and related providers for anti-money laundering and countering the financing of terrorism.

The FATF is an intergovernmental organization responsible for developing global policies in areas such as combating money laundering. It currently comprises 37 member jurisdictions, including India, and 2 regional organizations.

Ahead of the leaders’ summit, the G20 finance ministers and central bank governors met in the Japanese city of Fukuoka on June 8 and 9 where crypto-related topics were discussed, including FATF’s guidance on crypto assets. At the end of the event, they declared their commitment to applying the FATF standards to crypto assets.

India’s Finance Minister Nirmala Sitharaman and Finance Secretary Subhash Chandra Garg attended the meeting. Garg, who is also India’s Secretary of Economic Affairs, heads an interministerial committee tasked with drafting a crypto regulatory framework for India. He said last month that the report containing the recommended framework was ready to be submitted to the finance minister for approval.

Moreover, India’s Department of Revenue had been working with the FATF on the global standards for crypto assets, the country’s finance ministry revealed in its March report of all key activities in 2018. The FATF issued its new guidance for the risk-based approach for virtual assets and virtual asset service providers (VASPs) on June 21, a week before the G20 leaders’ summit commenced.

Varun Sethi, founder of Blockchain Lawyer, told news.Bitcoin.com that, since India is a member of the FATF, “ideally, it may derive the proposed provisions from the recommendations of FATF. Hence FATF is a relevant organization for India to develop legal literature for crypto guidelines.”

Currently, there is a banking ban in India on crypto service providers including exchanges. The country’s central bank, the Reserve Bank of India (RBI), issued a circular in April last year prohibiting regulated entities from dealing in cryptocurrencies or providing “services for facilitating any person or entity in dealing with or settling” in cryptocurrencies. The ban went into effect in July last year. A number of writ petitions have been filed with the supreme court to lift the ban, but the court repeatedly postponed hearing the case. The next hearing is scheduled for July 23.

Since the ban took effect, at least four crypto exchanges have shut down due to the banking restriction. Zebpay, formerly one of the country’s largest crypto exchanges, closed down all of its local exchange operations in September last year. Coindelta announced its shutdown in March and Coinome in May. Koinex followed suit last week, blaming the banking ban and the government’s delay in introducing crypto regulation.

Sumit Gupta, CEO of local exchange Coindcx, emphasized to blockonews that “The FAFT recommendations are not binding on members,” noting that it will be up to each member country “to determine whether to enact the recommendations through legislation or regulation.”