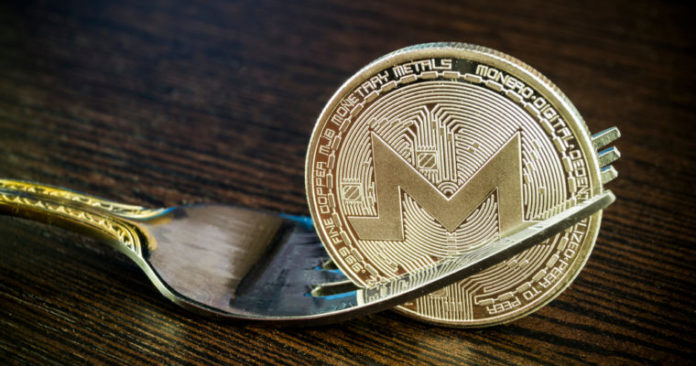 Monero (XMR) forked successfully earlier today, and the network has seen no major hiccups so far. This release is unlike the usual ones that try to keep up with deterring ASIC miners. The release, called “Monero 0.13.0 “Beryllium Bullet,” includes a significant overhaul of the network’s protocol through the introduction of bulletproofs.

Bulletproofs is a unique feature among digital assets, at least among large-cap networks. It gives users more privacy by hiding the number of coins that they send in transactions. The technology implements new logarithmic math in order to verify transactions (if you’re into heavy math, take a look at the academic paper that was the guidepost for the tech).

“With our current range proofs, the transaction is around 13.2 kB in size. If I used single-output bulletproofs, the transaction reduces in size to only around 2.5 kB! This is, approximately, an 80% reduction in transaction size, which then translates to an 80% reduction in fees as well. The space savings are even better with multiple-output proofs. This represents a significant decrease in transaction sizes. Further, our initial testing shows that the time to verify a bulletproof is lower than for the existing range proofs, meaning speedier blockchain validation.”

Another side-effect is occurring as well: XMR miners are reporting that mining difficulty has dropped steeply since the fork. The blockchain’s ledger will now also require much less hard disk space. Overall, the version is a massive upgrade that helps Monero remain a top privacy coin.

Monero developers strongly recommend that everyone upgrade their wallets and nodes if they haven’t done so already, as running the old version could lose transactions.

As CCN reported, the team behind Monero publicly declared war against ASIC mining equipment. This came after Bitmain released specialist equipment that would have crowded out CPU and GPU miners had the cryptocurrency not “bricked” Bitmain’s ASICs by altering its mining algorithm.

Monero’s long-held goal is for all users to mine the coin, not only manufacturers or mining farms that have the resources to throw around immense hashing power, as has happened on the Bitcoin network. This way, average users can stay profitable with GPU and CPU chips. Monero developers agreed on semi-annual network upgrades and tweaks to the Proof-of-Work (PoW) function in order to stay one step ahead of ASIC manufacturers. Today’s fork continues that warfare.