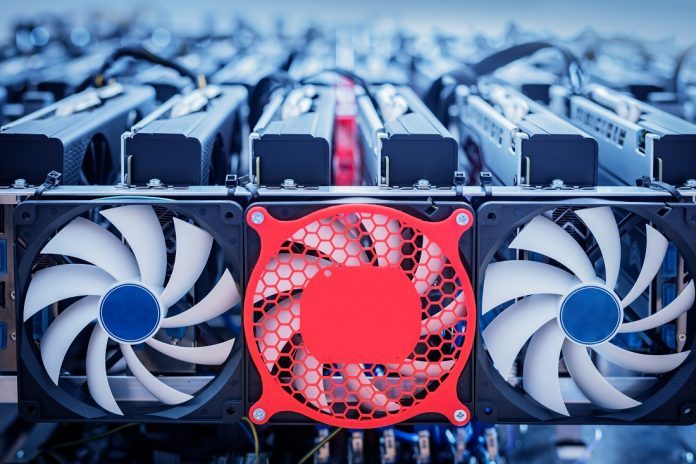 The future of Bitcoin mining remains rather uncertain. It is still profitable to do so, yet very few new players seem to enter the market. Northern Bitcoin AG, a German firm, is looking to enter the market with a new setup. By combining a new container solution with innovative air cooling, the company aims to make its ASIC mining operation more profitable.

Mining Bitcoin in a Container
When people think of major Bitcoin mining operations, they often picture a data center or other large open space. Those units seem to lend themselves perfectly to installing a lot of heat-generating hardware which is rather deafening. As such, old data centers are often turned into Bitcoin mining operations due to their pre-existing infrastructure.

Northern Bitcoin AG, on the other hand, aims to take an entirely different approach. They will be using an air-cooled mining container, which will house 144 ASIC miners. It is based on a 20-foot container and is suited perfectly for outdoor use. This is a very different take on cryptocurrency mining in general. If successful, it is also a business model which can be expanded upon without too many problems.

The Inner Working
By using this air-cooled Bitcoin mining container, the company is taking a few risks. While they claim the cold outside air can be filtered through lamellae mounted in an outer wall, it remains to be seen how sustainable such an approach really is. After all, one needs ample of cold air on the outside to ensure none of the mining hardware can overheat. All of the warm air is vented through the opposite container wall.

The biggest selling point of this setup is how mobile and expandable it is. Deploying additional containers is not too big of a challenge. For the time being, Northern Bitcoin AG will focus on deploying such containers to regions where cold air is permanently available. Additionally, eligible regions must provide access to sustainable electricity. As such, the Nordic region seems to be a perfect candidate moving forward. Other locations have yet to be explored, although several options remain on the table at this time.

The Power of Scandinavia
It is rather interesting to see a Bitcoin mining firm specifically design a unit to accommodate the climate in Scandinavia. That region has become increasingly popular among cryptocurrency miners for various reasons. A colder climate, combined with cheap electricity, creates a perfect setting for this particular business model.

It is also not the first time Northern Bitcoin AG takes this approach. Is Norwegian operation houses water-cooled contains which each contain 210 ASIC miners. The smaller design will allow for a higher miner density, although it remains to be seen if the existing setup in Norway will be replaced. All of this confirms there is still a future ahead for sustainable Bitcoin mining, albeit it may require some rather unique initiatives.