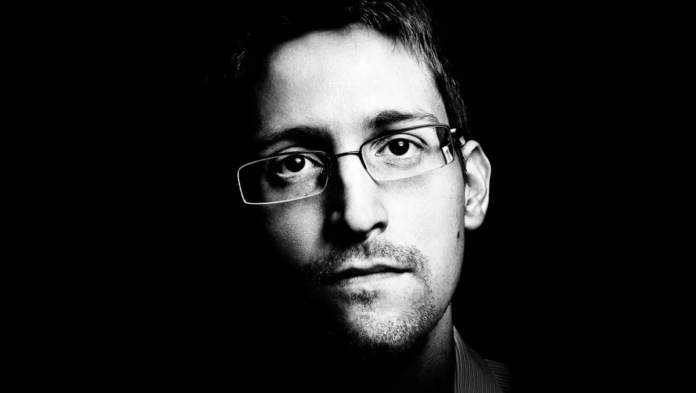 SnowdenDAO is committed to restoring Snowden’s freedom, which would redeem family affection, soul and freedom!

In October 2020, Russia granted him permanent residency. If he wants to be free he can take this step. However, he chose to remain an American citizen. If Snowden were extradited to the United States,  he would face life imprisonment or worse situation for trumped-up charges.

Inspired by FreeRossDAO (who raised $12 million for Ross Ulbricht’s release) and AssangeDAO (who raised $54 million for Assange’s release), SnowdenDAO intends to raise funds to bid for Snowden NFT. By triggering the Snowden Consensus Network, we hope to send a powerful signal that the era of passive centralization is over. A new era of cypherpunk DAO organization has dawned.

SnowdenDAO’s mission is to trigger a strong consensus network to speak up for people like Edward Joseph Snowden and Julian Assange who have suffered injustice. We fight for privacy protection, for freedom, for governance of decentralized autonomous organizations (DAO). We are raising funds to pay for his legal defense and relevant activities. Through this initiative to raise public awareness of the failures of the justice system and the importance of centralized data privacy protection!

Once SnowdenDAO’s official DISCORD and Twitter account are established, we will invite Snowden’s wife and those who helped Snowden on his escape to join us according to the donation amount. And tell them that we are a group of cypherpunks working to restore Edward Joseph Snowden’s international freedom and oppose his extradition to the United States.

SnowdenDAO will cooperate with famous NFT creators as well as an authoritative marketplace,and bid on NFT together with all community heroes yearning for freedom, in order to increase the asset of raising funds for legal costs to defend the restoration of international freedom.

That’s the beauty of the Internet is that we’re no longer tied to our communities by physical connections.

SnowdenDAO will collaborate with other renowned digital artists on the NFT series, which will be auctioned recently. This series of programs consists of 1/1 dynamic NFT and dynamic Open edition, which anyone can participate in.

SnowdenDAO aims to raise ETH for issuing and buying 1/1 dynamic NFT. Please wait for our further announcement for details of the auction. The proceeds from the sale of NFT will be used for Snowden’s legal defense fund and relevant activities. All of the things we do is to raise awareness of the implications of privacy protection and freedom of expression in his case. Our goal is not only to establish a consensus community network organized by DAO and win Snowden’s liberation in more countries, but also promote the healthy development of DAO.

Contribute ETH to SnowdenDAO via Juicebox. All the donations will be used to bid on the censored NFT， which would benefit to the Edward Joseph Snowden Legal Defense Fund. (Please do not send other assets to the SnowdenDAO multi-signed address. All other assets will be treated as donations to DAO’s Treasury — managed by SnowdenDAO — and will not be eligible for a refund.)

Any thoughts on what we can do to free Snowden? Share them in the # Ideas channel, discuss them, and form a feasibility event that we will push to the agenda.

Race with SnowdenDAO. If we lose the auction, we’ll still be happy because we know we’ve still managed to raise money for the cause. This is the strength of the SnowdenDAO community and the charm of DAO.

SnowdenDAO is completely community-driven. Following the footsteps of ConstitutionDAO and AssangeDAO, SnowdenDAO will collect ETH via JuiceBox, and each participant will contribute ETH and receive a corresponding share of governance token $SNO (SAY NO! Say “no” to unfair treatment by centralized authorities).

JuiceBox is a proven platform for pooling money with a large group of people with clear mission statements. After the revolutionary events of AssangeDAO, $SNO will also become the token for managing SnowdenDAO. Initially, as with many other DAO in the field, the governance mechanism for DAO will involve a multi-signed wallet named Gnosis Safe, SnowdenDAO Founding team will act as the trusted team as the initial signatory. $SNO holders will be able to vote on governance proposals through the Snapshot governance page, which will determine the future direction of the DAO. Additional Gnosis Safe governance modules may be added in due course.

If the DAO wins the censored auction, $SNO will be on behalf of the holder in the multiple signature to hold NFT. The community will determine the future roadmap for how to handle NFT and DAOs through governance.

Whether we win the auction or not, the DAO will continue to exist.

If people participate just because of NFT, they can easily exit the DAO with all the contributions they have made.

We have prepared an initial governance model for the DAO, which can be approved by our first vote.  First, community members will share a draft proposal used in a forum for discussion with the community.

After community discussion, the proposal will be reviewed by the Consensus unit.  Their job was to screen the proposal for any potential damage to Snowden or his legal case before it was posted on the snapshot.  The consensus group may reject the proposal if they believe it could harm Snowden or hinder Snowden’s intention to regain his freedom in other countries.

At the beginning, the Consensus Group will consist of team SnowdenDAO, Lindsay Mills (wife of Edward Joseph Snowden) and a team of lawyers, as well as our community donor members.

If the proposal is accepted by the consensus team, it will be added to the snapshot.  $SNO holders will be able to decide the proposal by vote.

Chosen community proposals will be implemented by judicial security signers or self-implemented through decentralized modules if needed.

Juicebox charges a 5% fee for all ETH raised; In return, JBX tokens are distributed to the DAO by the end of the fundraising. JBX token is Juicebox’s governance token. After the NFT auction, SnowdenDAO may submit a Juicebox Governance Proposal (JBP) to request ETH in exchange for JBX tokens allocated to us.

SnowdenDAO will co-issue NFT with a number of well-known bidding digital artists. SnowdenDAO multi-signed addresses will receive NFT in the event of winning the NFT on a community-specified platform. 100% of ETH net proceeds will go to the SnowdenDAO Foundation for the Edward Snowden Relief Fund.

Please note that the NFT auction also shows up on OpenSea-io – however, the auction will only take place on the platform specified by the community vote.

No later than 48 hours after the auction, a Gnosis Safe transaction will be signed, and the $SNO governance token would be deployed on the Juicebox platform – contributors will be able to claim their share with GAS charged on that platform.

If SnowdenDAO had not won the 1/1 NFT auction, we would still have successfully raised funds to defend Snowden by exploiting the unlicensed and uncensorable nature of cryptocurrency. Proceeds from the NFT auction will go to Edward Snowden himself.

ETH used to bid for NFT will return to Gnosis Safe wallet of SnowdenDAO. No later than 48 hours after the auction, Gnosis Safe will trigger the transaction to deploy the $SNO governance token through Juicebox.

The DAO, which campaigned for Edward Snowden’s freedom, organized the Solidarity Network 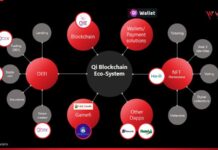