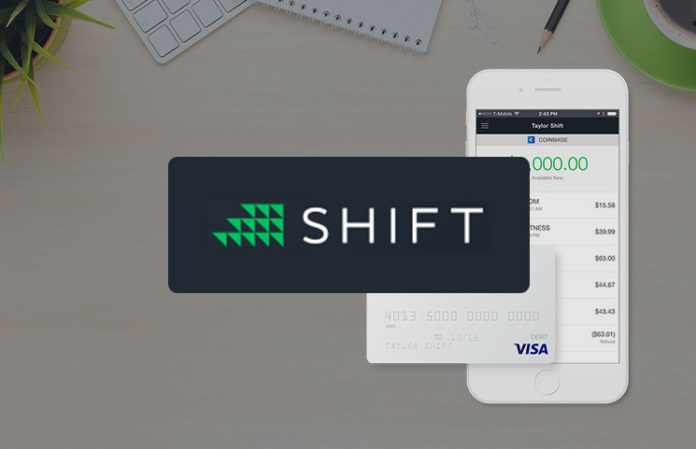 U.S.-based Shift Card, a Visa debit card service that allows people to spend cryptocurrencies held on Coinbase in real-time, will be ceasing operations this April. Shift’s email to customers explains the company hopes to relaunch in the near future, but for now there are few crypto debit card options left for U.S. residents.

Shift Financial’s Crypto-to-Debit Services to End This Spring
Shift Card customers have received an email that explains the company has plans to close its debit card operations this spring. According to the email, the company will temporarily shut down on April 11, 2019, but the firm hopes to relaunch again. The Shift Card launched in the fourth quarter of 2015, allowing people to spend cryptocurrencies tethered to their Coinbase account on the go wherever Visa is accepted.

Unlike the Atlanta based Bitpay Card, which essentially allows people to sell BTC and BCH for loaded U.S. dollars, the Shift Card deducts the funds directly from the Coinbase user’s account based on the spot price of the cryptocurrency in real time. The service existed for four years, but now users will have less than two months to use the Visa card before operations go on hiatus.

“We hope you enjoyed using the Shift Card and truly thank you for your loyalty,” runs the email from Shift Financial. “We, unfortunately, will be retiring the program in April of this year — All Shift Cards will officially be deactivated on April 11, 2019.”

The email doesn’t give any details as to why the crypto card service program is coming to an end. News.Bitcoin.com reached out to Shift support but has yet to receive a reply concerning the matter. Shift was partnered with Metropolitan Commercial Bank, a financial provider known for its partnerships with other cryptocurrency service providers. The move leaves the U.S. Shift customers in 46 states with only one reliable option, the Bitpay Visa card. Although there are other lesser known card operations in the works, none of them are worth discussing because some of the projects lack a physical card right now and others haven’t been around long enough to be reviewed.

Other well-known cryptocurrency debit card service providers like Wirex, Uquid, Cryptopay, and Spectrocoin only cover the EU region and various non-U.S. countries. Customers from Europe have also had issues with crypto card operators in the past when Wavecrest Holdings, another known crypto banking provider, stopped offering crypto-to-debit services to EU residents. Some card operations have never returned while other companies quickly found replacement banking partners.