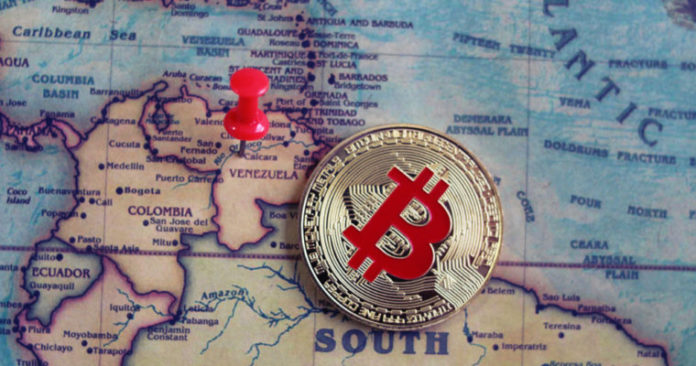 The amount of Venezuelan bolivars being spent to purchase bitcoin has risen to record levels as the South American country experiences unprecedented hyperinflation and a worsening economic crisis.

Per Coin Dance, bitcoins worth nearly 900 million bolivars have been traded so far this week in Venezuela, and this is already higher than last’s week volume of slightly over 850 million bolivars.

However, this spike in volume cannot be wholly-attributed to the rapid devaluation of the bolivar. Last week also saw the highest number of bitcoins traded in the Latin American country, with residents trading 1,089 BTC worth a present value of $7.1 million on the platform. The record could be broken again as already 955 bitcoins have been traded this week so far. The second half of September also saw bitcoin trading volumes breach a high that had only been reached for the first time last April.

Venezuela’s growing bitcoin trading market comes at a time when the International Monetary Fund is projecting that the rate of inflation will reach 1,370,000 percent in the Latin American country by the close of this year.

Send here is your Social Democracy at Work :

As Venezuela prepares to launch its petro cryptocurrency, the IMF is expects the country’s fiat bolivar to see 1.4 million percent inflation in 2018.

Only three months ago, the international financial institution had forecast an inflation rate of 1,000,000 percent,  but in the intervening period, the government raised the minimum wage 60-fold even as the economy contracted, forcing the revision. Next year, the IMF expects the inflation rate to hit 10 million percent.

Among other reasons, the stratospheric level of inflation could be one of the factors causing an increase in bitcoin trading volumes in the South American country since the maximum supply of the flagship cryptocurrency is capped, making it deflationary.

Notably, the expansion in bitcoin trading volumes is coming less than three weeks before the launch of the public sale of Venezuela’s state-backed cryptocurrency, the Petro. As previously reported by blockonews, the Petro will be purchased using both the leading cryptocurrencies as well as fiat currencies when the public sale kicks off next month.

To increase the adoption rate of the Petro, the Venezuelan government earlier this month mandated that all passport fees be paid using the state-backed cryptocurrency. Skeptics also saw the move as aimed at discouraging Venezuelans from leaving the country as emigration has rapidly increased in the face of worsening economic problems in the country.