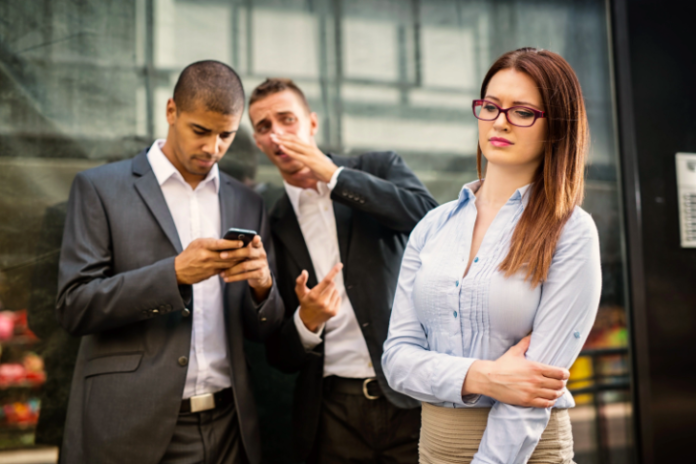 Women may be fearless, but they’re still discriminated against in the workplace.

A new survey by the American Economic Association (AEA) reveals that the professional climate for female economists remains a bit chilly despite the strides that corporate America is making toward a more level playing field. The AEA canvassed tens of thousands of economists between year-end 2018 and early 2019, more than 9,000 of whom completed the survey. Results suggest that the field of economics has some work to do.

Close to three-quarters of women economists polled have felt their work has not been taken as seriously as that of their peers. Two-thirds of women have felt “socially excluded at a meeting or event,” and that’s only the tip of the iceberg.

Nearly 50 percent of women surveyed in the field of economics feel they’ve been “discriminated against or treated unfairly” based on gender over the last decade. The feeling of discrimination based on gender is mutual across ethnicities, including whites and non-whites at 17 percent and 16 percent, respectively, for men and women combined.

Women economists revealed they have also been the victim of assault or attempted assault at two percent and six percent, respectively. More often than not, victims of assault weren’t always inclined to tell someone about the incident. Inappropriate touching also runs rampant, having affected 12 percent of women economists surveyed.

Most of the discrimination that women faculty members experience in the workplace is tied to course evaluations at 47 percent. They are also feeling jilted when it comes to service obligations and compensation at 43 percent and 37 percent, respectively. Meanwhile, more than 40 percent of women economists have been the target of or overheard “offensive sexual remarks” over the past decade.

The unfortunate prevalence of discrimination in the field of economics is as shocking as it is damaging. Regardless of what year it is, discrimination at any level is unacceptable. It’s not only stalling individual careers, but also corporate America as a whole. It’s an issue Wall Street has confronted with projects like the Fearless Girl sculpture. State Street Global Advisors is behind the statue, which sits in lower Manhattan as a reminder of gender diversity in corporate leadership.

AEA President Chairman Ben Bernanke, who is also the former chairman of the Federal Reserve, expressed his disappointment with the survey results, which he described as as “disturbing.” He states:

It’s important for economics to feel as welcoming and open as possible to anyone who wants to study economics.

While women comprise more than half of undergraduate degrees in the U.S., less than one-third are economics majors. The AEA, at the urging of young industry participants including graduate students and research assistants, has taken action to fix any disrespect toward women.

Anyone who violates the AEA’s recent policy on harassment and discrimination stands to lose their spot in the organization and possibly their job. The AEA also created a new standing Committee on Equity, Diversity and Professional Conduct with a focus on a professional code of conduct toward women and minority groups.

While it’s a step in the right direction, more needs to be done to fix the persistent sexism that exists in the economics profession.