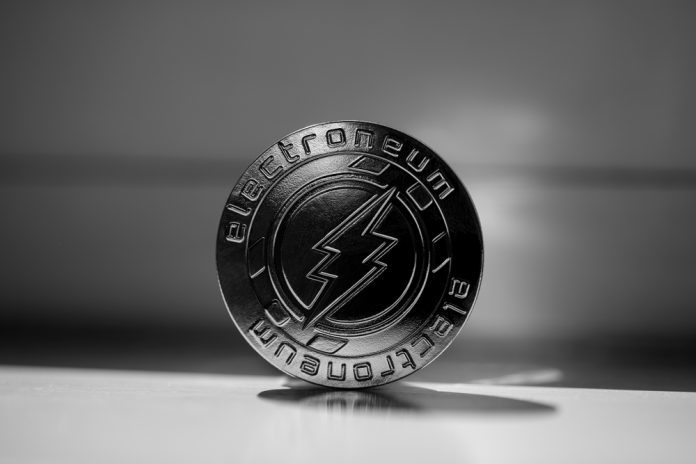 Any changes introduced by cryptocurrency developments will be looked over, scrutinized, and potentially stir heated debates. In the case of Electroneum, some prominent changes were introduced recently which leave the community somewhat divided. Albeit the altcoin wants to move ahead in a specific direction, it remains to be seen how the new ecosystem will affect its community in the months ahead.

In the cryptocurrency world, every blockchain is “expected” to be open sourced and decentralized. No individual or group should have control over the chain itself nor the transactions occurring on the network. Prior to this change, Electroneum adhered to that unwritten law, albeit it appears the team has decided to head in a completely different direction. While their new concept makes a lot of sense on paper, the Moderated Blockchain is not something that will appease everyone, for rather obvious reasons.

To put this in perspective, a Moderated Blockchain is a permissioned ledger, rather than a permissionless one. There are many benefits to taking this particular approach, albeit the tradeoffs should not be overlooked either. It is designed to make ETN a more versatile project which still maintains its focus on KYC and AML, while still trying to cater to bigger players looking to adopt this mobile form of money. Only time will tell if this decision has paved the foundation for that vision, regardless of how the community may feel about this change at this time.

Alongside the switch to a Moderated Blockchain infrastructure comes a change in the network’s algorithm. The new version is known as Proof-of-Responsibility, or PoR. This introduces further protection against 51% attacks, paves the way for mass adoption, and can bring Electroneum to the underbanked and unbanked people all over the world. This latter aspect was, in theory, also possible before this switch to new infrastructure, but it appears the team has a long-term vision they want to execute.

According to the ETN team, the project has become increasingly appealing to companies and governments who take note of the KYC and AML standards maintained by this ecosystem. There is a chance some NGOs will try to take ETN as a base and introduce new solutions accordingly, although nothing has been confirmed at this point. A permissioned blockchain can certainly be of great value to the right partners, albeit one could also argue this change makes the cryptocurrency far less decentralized than it should be.

The two aspects above also introduce a lot of prominent changes for Electroneum miners. First of all, there will be a reduction in terms of carbon footprint. This is achieved by reducing the network hashrate by a factor of one million or more. On paper, this might make the network look far less secure, as the hashrate will drop from giga hashes to under a kilo hash. However, that is only on the surface, as this change should not impact the network’s security under any circumstance.

For the miners, this change will also usher in a 75% block reward reduction. That is quite a step back from how things were done up until this point. This is not something most miners will appreciate, albeit there is an important exception in this regard. More specifically, those who use the mobile Electroneum app to mine ETN will not be affected by this change. Those users will still receive up to $3 worth of ETN per month, which is rather interesting. It is a bit unclear how this will all play out exactly, but mobile ETN miners should not be too concerned about these changes as of right now.

As was to be expected from this rather surprising change, not everyone is in favor of what the future will hold for Electroneum. On Reddit, there are some genuine concerns over a recent Q&A shared by the team in terms of who can mine and who will not. More specifically, it appears the team now “has the authority” to decide who mines the blocks. This is the biggest downside to using a permissioned blockchain, as it can create a sense of distrust, rather than strengthen trust bonds.

In the eyes of many cryptocurrency enthusiasts, any sort of “authorization” makes a project centralized right away. Although there is a bit more going on than just this black-and-white vision, one has to keep in mind the team would not make these decisions if they didn’t feel it would be a smart move. As such, their approach to identifying trusted validators makes sense to them, while the rest of the community will remain on the fence. Thena gain, it seems Electroneum isn’t just designed for crypto enthusiasts any longer, thus such radical changes are to be expected.