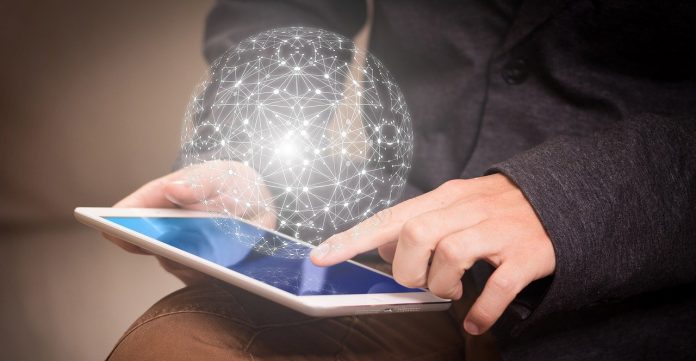 Are you protecting your horde of crypto? Do you know how to keep yourself safe online from hackers, scammers and fraudsters? Read to find out.

One of the biggest benefits of cryptocurrency can also be seen as its biggest weakness. In almost all cases, there are no methods of recovery if your money is stolen. Crypto isn’t like a bank where you’re protected – making sure that your hard-earned cash is taken care of is something that you’ll need to do personally. In this article, we’re going to look at three must-have features for anyone who wants to secure their future as much as possible. Don’t risk it – there are lots of people out there who will be more than willing to help you unload some of your Ethereum, XRP and Dogecoin!

#1 – Remember that if it’s not in your own wallet, it’s not yours

While platforms like Binance and Kraken are considered to be safe havens for their track records of decent custodianship, it’s important to remember for a variety of reasons that if you don’t have your coins in your possession, they can easily disappear. Storing cryptocurrency on an exchange should only be done if you’re an incredibly active trader – if not, it’s best for you to send your tokens to an offline wallet that only you know the private key for. There are several reasons why it’s important to take your crypto off of exchanges, since the potential avenues of attack are numerous. Let’s look at some of them in detail below.

In January of 2018, a cryptocurrency exchange that generally dealt with smaller-size tokens went offline. It was called Coins Markets and if you held anything on their platform, you promptly lost access, with no way to recover what was rightfully yours. I had a housemate at the time who was actively trading on Coins Markets and he lost around 12 Ethereum this way – back when the token was worth a little more than it currently is. Plenty of other cases have cropped up in the past and they all signal the same, undeniable fact: you shouldn’t keep tokens on an exchange unless absolutely necessary.

From time to time, exchanges can be targeted by ambitious hackers that want it all. There has been a decent amount of success in the past with these types of attacks, the most prominent being in 2014 when Mt. Gox had 850,000 Bitcoins stolen – worth some 8.5 billion at today’s prices. Ether Delta was also targeted more recently and the US has recently indicted two individuals related to the attack. Two hackers, one from the UK and one from the US, have been accused of orchestrating the cyber heist.

In the past, some smaller exchanges that were formed in less free countries around the world have been taken over by government officials who are claiming to fight crime and the drugs trade: often, this is nothing more than a corrupt cash grab. While it’s unlikely to happen in more developed nations, there’s still a chance that a government could arrest everyone associated with a particular platform and then your cryptocurrency could be locked up for months, or even years, as you deal with the legal fallout. There are other governmental risks too – remember when the American government confiscated gold? You really don’t want those guys getting a hold of your coins – how else would you fund your CamSoda addiction?

If you don’t already have a password manager, you really ought to get one for a huge number of reasons. I personally use KeepassXC, since it appears to be the most lauded option by professionals. Hell, if MrPornGeek is willing to write about it and suggest you try it out, it must be good, right? Since it’s open source and actively maintained, you can probably trust its authenticity and purpose – the same cannot be said for password managers that are far more popular. Alongside KeepassXC, you might want to consider downloading VeraCrypt to secure various files, pieces of information, passport scans and whatever else that you utilize for cryptocurrency trading and access. KeepassXC can also be used to store passwords for every site you visit, so you can use the program to remember Gmail, YouTube and even your Best Sex Games login details.

You might want to look into offline crypto confirmations and that type of thing, but that might be taking things too far – it’s likely only a major deal for people with several tens of millions of dollars in cryptocurrency. If you would like an incredibly detailed and useful look into password creation and that type of thing, this blog post by Troy Hunt on authentication is probably a good place to start.

#3 – Keep your cards close to your chest

Keeping a low profile is typically one of the best ways to protect yourself – the more anonymous and unknown you are, the better. There’s a pretty good reason why so many popular YouTubers who are devoted to cryptocurrency have been scammed in the past: they let everyone know who they are, what platforms they use, how many tokens they have and that type of thing. Remember that while it’s fun to talk about how many Bitcoins you’re sitting on, mentioning your wealth to others on any platform can make you a target for theft. There are dozens of tools out there to find out a lot of information about people you don’t know – thieves are always using these to identify new targets for the purposes of extracting as much money from them as possible.

Deleting old Reddit comments, changing email addresses, keeping quiet about your current holdings and so are generally good choices for anyone who’s serious about investing in cryptocurrency. The less other people know about who you are and what you’ve got, the better.

It really doesn’t take all that long to set yourself up relatively securely with your cryptocurrency stash: just follow the general advice above and take a common sense approach to protecting what it is you have. While it’s possible to spend many months and years building up a large quantity of Ethereum, Bitcoin and whatever else, it only takes a split second for someone to take them away from you (with limited potential for recovery). So spend an hour getting things right today in order to protect what you’re saving for tomorrow.