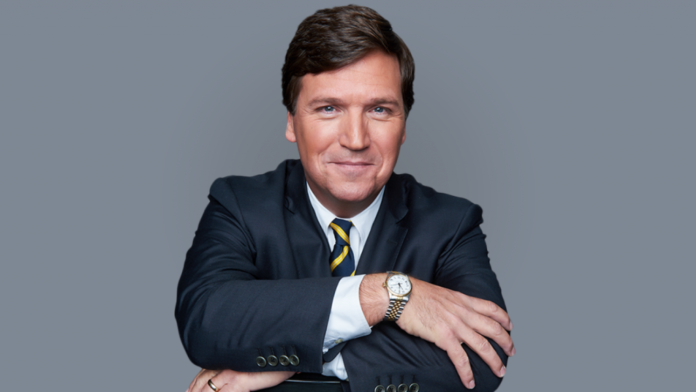 The Tucker Carlson scandal has reignited the debate over who gets to define conservative ideology, as yet another Fox News host has been exposed making unconscionable comments on the air.

“Arranging a marriage between a 16-year-old and a 27-year-old is not the same as pulling a stranger off the street and raping her.”

“[Iraq is] a crappy place filled with a bunch of, you know, semiliterate primitive monkeys — that’s why it wasn’t worth invading.”

“I just wanted to give [Alexis Stewart] the spanking she so desperately needs.”

“How is [Obama] black, for one thing? He has one white parent, one black parent”.

These quotes are not the deranged rantings of a fringe wing-nut extremist speaking into a tin foil microphone on an obscure internet podcast, but direct on-air quotes by Fox News host Tucker Carlson calling in to a radio show in 2006, which were recently revealed by Media Matters. Predictably, the revelation met with a polarized reception, with liberals calling for his head and conservatives trotting out the “free speech” argument.

What nobody is asking, however, is why anything Tucker Carlson has to say is necessary, to begin with. Who is he, and why does he get to be so consequential within conservative circles? Who anointed him keeper and promoter of American conservative values? Since when do he and his likes get to dictate the agenda for the GOP and effectively set an agenda for the entire country? Who decided in the first place, that conservatism should even be characterized by such nastiness?

To understand the seemingly novel concept of a conservative movement devoid of racial animus and misogynist energy, it is useful to point out that the GOP, which is America’s conservative party, has not always been aligned with such politics. It was, in fact, under Republican President Abraham Lincoln that chattel slavery in the U.S. was outlawed. This is not to say that the party had no racist members or leanings at the time, but instead to make the point that such energy was not always central to the existence of American conservative politics.

The journey of the GOP from being the party of Abraham Lincoln to the party of Tucker Carlson started in 1968 under the so-called Southern Strategy which correctly predicted that white voters in the south would vote Republican if the party adopted a racial dog-whistling approach in the post-Jim Crow era. As is too often the case with arrangements of political convenience, what was intended to be no more than an election gimmick took on a life of its own, and soon the GOP embraced a newfound reputation as the party of regressive and repressive social politics.