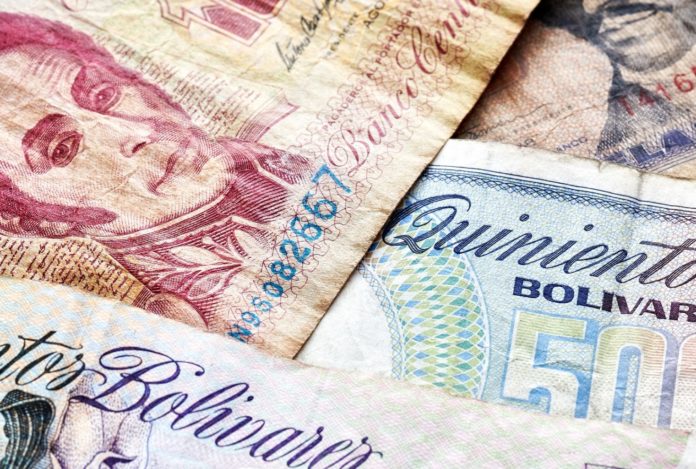 Venezuelans are used to their currency costing less than the paper it’s printed on. Economic misfortunes and political upheaval place their country at the bottom of all inflation charts, year after year. The latest incarnation of the national fiat, Bolívar Soberano, has succumbed to the illness of all previous emissions – rapid depreciation. The government has just announced it’s releasing a 50,000 bolivar banknote. This is a little more than the minimum monthly wage but it can hardly buy you a decent meal in Caracas.

Banco Central de Venezuela has printed new banknotes of 10,000, 20,000 and 50,000 bolivar denominations which began circulating Thursday, June 13. With their release, the financial institution aims “to make the payment system more efficient and facilitate business transactions,” according to a statement published this past Wednesday. The bills, which will be introduced gradually, come to meet the requirements of the national economy, the bank noted.

The new emission comes less than a year since the socialist government announced the launch of a new redenominated bolivar, cutting five zeros off the national currency. Bolívar Soberano (VES), or “sovereign bolivar,” replaced the highly inflated “strong bolivar,” Bolívar Fuerte (VEF), which had itself replaced the original bolívar in 2008, cutting three zeros. Last year’s monetary reform was meant to ease cash shortages and restore confidence in the Venezuelan fiat money.

Authorities claimed VES will be anchored to the national cryptocurrency, the Petro, which is an oil-backed state-issued digital coin. Back then President Nicolás Maduro stated that “The economic reconversion will start on August 20 with the circulation and issuance of the new Sovereign Bolivar … a productive, diversified and sustainable economic model must definitely be born,” he insisted.

However, as the economic conditions continued to deteriorate on the backdrop of escalating political clashes between government and opposition forces, the depreciation of the bolivar, which was the main reason for the redenomination, continued. As a result, inflation in the country exceeded 900,000% in 2018, according to the International Monetary Fund. Even the calculations of the Venezuelan central bank produced a six-digit figure – over 130,000%. And according to the CIA World Factbook, the CPI-based annual inflation rate has reached more than 800,000% in May 2019. The IMF projects that inflation will hit 10,000,000% this year.

When Bolívar Soberano was introduced in August 2018, the 500 bolivar bill was the highest denomination note. The largest 50,000 bolivar bill now equals a little over $8. That’s not a serious amount of money, even in a country where a large portion of the population lives in poverty and deprivation. The minimum monthly wage in Venezuela is set at 40,000 bolivars, or around $6.50. According to Trading Economics, it’s been raised twice this year and five times in 2018. Data compiled by Expatistan shows that a combo meal in a fast food restaurant will cost you around 25,000 sovereign bolivars, or $4. That’s almost two thirds of the minimum monthly salary.

Opposition Blames Regime for Inability to Control the Legal Tender

According to the Venezuelan opposition, quoted by The Guardian, the annual inflation rate reached a high of 1.7 million percent earlier this year. President Maduro’s administration has been blaming his country’s woes on U.S.-led sanctions and economic blockade, while his political opponents say it’s the government’s incompetence that has failed the oil-rich South American nation. Commenting on the release of the new banknotes, Juan Guaidó, opposition leader and self-proclaimed acting president of Venezuela, stated on Twitter:

“They took eight zeros off the bolivar, and it is no longer strong or sovereign. They invented an economic war, and they lost it,” added Guaidó who is a member of the social-democratic Popular Will party and was elected President of the National Assembly in January of this year. Shortly after his election as the speaker of parliament, he took an oath as an interim president during a protest rally. So far, Guaidó has been recognized as the head of state by almost 60 countries including the U.S. and its partners in Western Europe. Meanwhile, traditional allies of the government in Caracas, such as Russia, China, Iran, and Turkey, voiced their support for Nicolás Maduro.

The inability of the executive power to tame inflation, which Juan Guaidó was talking about, has pushed Venezuelans to seek alternatives to the bolivar. Beside convertible fiat currencies such as the dollar and the euro, many businesses and ordinary people have also found them in decentralized digital coins. Bolivar’s persistent and rapid depreciation catalyzed the adoption of cryptocurrencies such as bitcoin cash (BCH) in everyday financial interactions. In the past couple of years, businesses accepting BCH have exceeded 200, according to the Marco Coino app but the actual number could be much higher as many more small merchants outside Caracas are adding bitcoin cash to their payment options.