Vitalik Buterin, the co-founder of Ethereum (ETH), has donated cryptocurrencies to Ukraine using Tornado Cash. This comes after the decision of the U.S. Treasury Department to ban the famous crypto mixer in the United States (US). This decision has created a difficult legal situation for some holders and institutions.

Vitalik Buterin informed on Twitter a few hours ago that he used Tornado Cash in order to donate to Ukraine and avoid the Russian government from knowing it. Jeff Coleman, the co-founder of Counterfactual, said that financial privacy is needed in some cases, for example, if people wanted to donate to Ukraine.

His intent was to protect the recipients of the transactions, not himself. Moreover, he mentioned that the Russian government already knows his position on the Ukraine issue. It is worth pointing out that Russia started a war against Ukraine in early 2022, which continues until today. The Ukrainian government started accepting cryptocurrency donations in order to sustain the costs of the war.

“My intent was protecting the recipients, not myself. The RU government knows my positions on the Ukraine issue anyway.”

Earlier this year, we reported that Bitcoin and crypto donations to Ukraine surpassed $50 million. This number is now much larger as donations continued to flow to the wallets shared by the Minister of Finance of Ukraine.

Tornado Cash is a crypto mixing service that was blacklisted by the Treasury Department as it allegedly helped launder more than $7 billion of virtual currency. This decision means that people in the United States cannot use the service anymore. Furthermore, there have been similar sanctions applied to other mixing services in the past.

But the situation got out of hand. People in the cryptocurrency industry believe that this was a bad decision by the U.S. Treasury Department. Some anonymous users started sending ETH from Tornado Cash to big doxxed wallets. Some of the people that received Tornado Cash include Ben Horowitz, Brian Armstrong, and many others.

This could create problems for these people as they could now be investigated for using these services despite the decision made by the U.S. Treasury Department.

Depression BTC, a cryptocurrency user on Twitter, wrote that he accumulated a big list of major CT users’ ETH addresses and .ens official addresses to send them 0.1 ETH to all of them using Tornado Cash.

This could create a problem in the future and the United States will likely start investigating these wallets and withdrawals. Nevertheless, the situation could go out of hand if transactions continue to be executed as it would be impossible for authorities to stop all these transactions from taking place. It would be very important to see what happens in the future with other mixing services around the world. 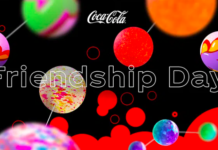