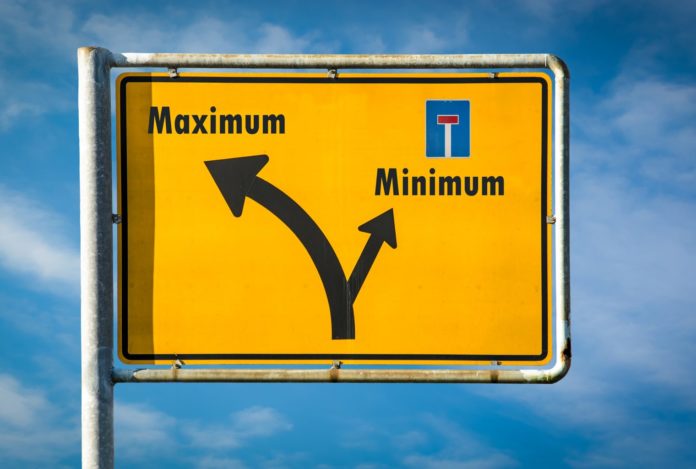 Some crypto companies keep wilfully ignoring BCH. Let’s compare the coins and see if BCH haters rail against Bitcoin Cash on purpose or simply due to a lack of understanding.

When BTC surged above $10,000 recently, it coincided with the mempool filling up with tens of thousands of stuck transactions. It was just like the end of 2017, when average transaction fees soared to $50. Back then, some Bitcoin Core adherents proposed a theory that Bitcoin.com:s owner Roger Ver and his hired people were bloating the mempool with fake transactions, but failed to show any proof. The network was indeed under attack by anonymous parties who had initiated a dusting attack, but the main reason behind mempool bloat was soaring user adoption.

The Bitcoin Core developers circle, accepted as the highest authority in the space, claimed that ‘big blockers’ were responsible. Andreas Antonopoulos, one of the most impartial and respected figures in the space, took a different line however in 2017, disputing the ‘official’ agenda. He nailed it with his assertion that BTC had hit its user acceptance cap and could not process any more transactions, stating:

What we’re seeing is a straightforward grassroots bubble driven by speculation and greed. Given so many new participants know very little about the technology, that’s even more dangerous as they are taking on a serious amount of risk. And as such, the added congestion means bitcoin is not currently functioning as originally designed.

This gels with comments Antonopoulos made in May 2016 when he stated that there is no such thing as ”spam transactions” in Bitcoin, because, if someone is willing to pay a fee for the transaction, it cannot be considered spam. According to Antonopoulos, those who decide in a top-down manner that some transactions are not legitimate (or must be blocked before block creation) are preventing the network from filling the capacity.

Right now, the congestion situation is back. You can use any fee you want, cheap or expensive, and expect to have to wait over an hour due to a backlogged mempool. And yet the bull market is back, by all accounts, despite BTC’s usability being significantly impaired. In such conditions, bitcoin cash presents a value proposition that is obvious. Bitcoin Cash can confirm transactions much faster thanks to increased block space, without the risk of a double spend attack.

The importance of token fungibility is undisputed. Bitcoin guru Andreas Antonopoulos recently stated that if Bitcoin Core developers don’t finally get their hands on the code to improve fungibility, Bitcoin may be replaced by other privacy coins.

While Bitcoin is supposed to protect the user’s privacy first, people working on its main implementation like to have dinners instead with people who decrease fungibility. For instance, here we have Blockstream’s Adam Back and Samson Mow dining with George Kikvadze, a top manager from Bitfury Group:

Bitfury is a well known mining chip manufacturer in the space that also operates another notable product – Crystal Blockchain. Just like Chainalysis, Crystal gives its users (governments, corporations and rich private individuals) unprecedented amounts of power to track people’s blockchain transactions. Given that Adam Back is such a big fan of Bitcoin’s anonymity, one can only hope he put some time into explaining to George that allowing corrupt governments to track crypto users is not something Satoshi Nakamoto wanted. The only good thing about Crystal is that it allows independent researchers to track stolen coins, but at the expense of decreased user privacy.

Bitcoin Cash has Schnorr Signatures already implemented, while Bitcoin Core developers have been promising to introduce the technology for two years so far. Instead of introducing Schnorr and MAST back in 2017, Bitcoin Core put side projects like Segwit and Lightning at the center of their development efforts.

Contrary to the notion of many Bitcoin Core proponents, the majority of people do not use Bitcoin as a store of value due to its high volatility. They hold it because they think it may skyrocket at any moment, and they want to catch that moment and sell it. Nor do they use BTC as ‘digital gold.’ It is stupid to emulate gold on the internet when you can emulate cash, but with fixed monetary supply. A lack of fixed supply is the main problem with the current paper cash system, and it doesn’t need Lightning or Segwit to be solved. It needs good old bitcoin with big blocks, and that’s what Bitcoin Cash offers.

The argument spread by bitcoin maximalists’ is that Bitcoin was created to become a store of value and a digital gold. In fact, Bitcoin was working as electronic cash until 2017. When the block size became insufficient, the obvious thing to do was to increase it. Satoshi himself said that blocks can be as big as 32 MB when the network’s potential transaction spam problem had been solved in the future.

While claiming the development of Bitcoin is fully decentralized, Bitcoin Core developers forget to mention that Blockstream and Chaincode Labs have veto power over any new change proposed to the Bitcoin Core repository. Here’s some interesting information on that by Jeff Garzik:

While Jeff also notes that Bitcoin Cash has centralized development too, it doesn’t mean that BCH developers are all working within the same third-party company. They do not receive investments from people who obligate them to develop ”digital gold” or any other form of virtual asset that turns original Bitcoin ideas into something else.

Current Bitcoin Cash developers are people who work separately on implementation of new protocols to the Bitcoin Cash network. People like Amaury Sechet, Mark Lundeberg and Peter Rizun haven’t been cooperating with each other on any BCH-related startup that provides third party services. They are basically just guys who like to code, and their intentions haven’t been corrupted by third party interests so far.

In contrast, many Bitcoin Core developers belong to that outside company.